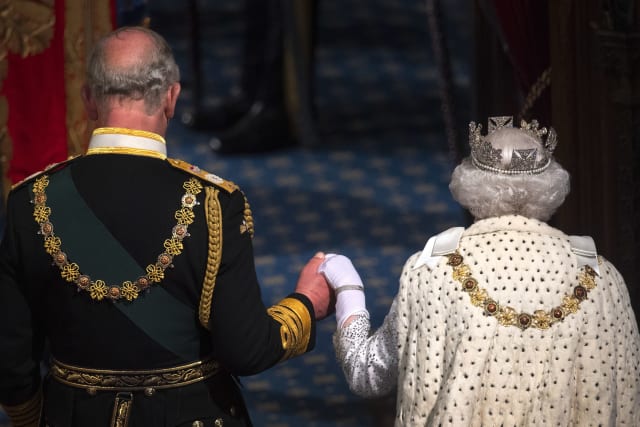 The second Queen’s Speech of Boris Johnson’s premiership will confirm his aim to put the health service at the heart of the Government’s legislative programme – alongside moves to finally force through Brexit by the end of January.

The Government will enshrine in law a commitment on NHS funding, with an extra £33.9 billion per year provided by 2023/24, Mr Johnson has said.

It is just 66 days since the Queen was last asked to conduct the State Opening of Parliament on October 14.

Thursday’s ceremony will be more low key than the one in October, with cars used instead of carriages and the monarch wearing a hat instead of a crown.

Meanwhile, MPs in the House of Commons are waiting to be summoned to the Lords.

Black Rod, the House of Lords official, will see the doors to the Commons shut in her face – in one of the more unusual traditions of the State Opening – as she arrives to summon MPs shortly.

It is a practice that dates back to the Civil War and is said to symbolise the Commons’ independence from the monarchy. Black Rod has to strike the door three times before it is opened.

The Queen is travelling by car for this speech, rather than by carriage. The first vehicle in her convoy carries the royal crown.

The crown will not be worn during the speech, instead it will be placed on a cushion near the Queen as a symbol of her authority.

Another car has carried the ancient symbols of the Cap of Maintenance and the Sword of State.

The Prime Minister has left Downing Street by car to travel the short distance to the Houses of Parliament.

The Queen is expected to leave Buckingham Palace shortly.

The Queen’s Speech is also expected to include proposed legislation to:

– Implement the UK’s future relationship with the EU;
– See terrorists spend longer behind bars;
– An additional £1 billion for social care every year of the new Parliament;
– Increased levels of funding per pupil in schools;
– Abolish hospital car parking charges for “those in greatest need”;
– Make it easier for hospitals to manufacture and trial innovative medicines;
– Bring in an independent body to improve patient safety;
– A cut in business rates from April.