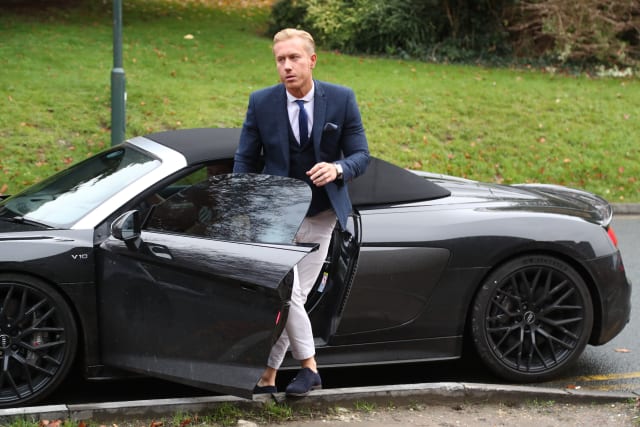 Katie Price’s on-off boyfriend said it is a “massive relief” after being found not guilty of threatening a police officer following a row with paparazzi.

Fitness expert Kris Boyson was accused of telling a police officer he was going to break his jaw, but was acquitted om Thursday of threatening behaviour.

Speaking outside court he said: “I was worried because it was the police against me, but it was clearly shown that I was right all along.”

The charge had related to an incident on October 11 2018 after Boyson said Price became emotional while being “hounded” by two photographers outside his home, a court heard.

Boyson, 31, of Haven Close, Gravesend, Kent, was found not guilty on Tuesday of a charge of using threatening, abusive or insulting words or behaviour with intent to cause fear of or provoke unlawful violence towards Pc Paul Blundell.

Boyson had denied any suggestion of threatening Pc Blundell.

He appeared at Medway Magistrates’ Court in Chatham wearing a brown blazer with blue trousers and shoes with no socks.

After retiring for a short time, magistrates found Boyson not guilty.

Chairman of the bench Christine Rose said: “We do not believe the defendant caused fear or provoked unlawful violence against Pc Blundell.

“The situation was inflamed by the fact someone now known to be a police officer appeared to be photographing Mr Boyson’s girlfriend.”

She added that magistrates did not feel the video evidence supported the prosecution case.

Boyson was found not guilty and the case was dismissed.

Speaking outside court, Boyson said: “I feel like I was being mistreated because of who I was and the situation.

“It’s a massive relief, I can get on with my life.”

He said that it was nice not to be portrayed as the “bad guy”, and hailed the “right result”.

“I was worried because it was the police against me but it was clearly shown that I was right all along.

“I am glad they got the truth finally.”