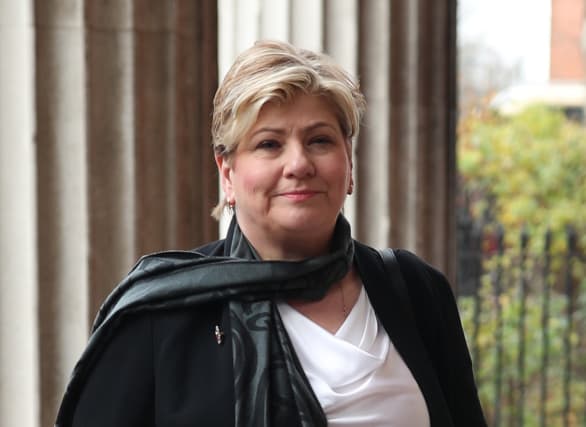 Labour leadership candidate Emily Thornberry has “called out” the way in which she says Jeremy Corbyn was badly advised and undermined.

The shadow foreign secretary said Mr Corbyn was “badly let down” and, while she declined to name anyone specifically, she said “people know who it is that I’m talking about”.

Ms Thornberry said senior Labour advisers should pay the price for the party’s disastrous election showing rather than junior workers.

Her comments came after reports said party staff had expressed concern that they could lose their jobs while senior figures remained on the payroll.

It was put to Ms Thornberry on BBC Radio 4’s Today programme that she was kept off the airwaves for much of the election campaign, as she was asked what it has been like “dealing with the Corbyn regime”.

“See, I don’t recognise that caricature,” she said. “I was obviously available, and it was a matter not for me but for those making decisions during the election as to whether or not I was used, and it was obviously a matter for them and I’m a team player so I went off and worked in marginal seats, which I thought was an important thing to do.

“That has undermined him, and drained away, I think too often, his authenticity, which was something which was so important and resonated so much with people in 2017.

“And I think that there have been a number of mistakes made between 2017 and 2019 that undermined him so fundamentally.

Ms Thornberry said not dealing with anti-Semitism was another mistake by Labour, which she said was “horrific” and a “shame to our party”.

She told Today: “There were a number of other issues. Obviously within my own brief there was the issue of the Salisbury poisonings, where Jeremy seemed to have said one thing in Parliament and then a different spin was put on it when briefed afterwards. That undermined him.

“Those sorts of things need to be called out, and I call it out.”

She added: “I’m not naming anyone. People know who it is that I’m talking about. But the truth is now we’re in a position where there is talk of redundancies amongst more junior staff, both at Southside and in the leader’s office and indeed amongst advisers, including my own, that it may be necessary for them to be made redundant and yet those that made the very decisions about the General Election don’t seem to be under threat.”

Asked if she was surprised that people like Mr Corbyn’s communications director, Seumas Milne, were still in place, Ms Thornberry told ITV’s Peston on Wednesday night: “I think it is really sad to see the way in which the staff at the head office and in the leader’s office are being told that many of them may be being made redundant, but, as far as I understand it, the senior people within those teams are not under such a threat.

“It does seem to me that if decisions have been made, wrongly, it should be those people who pay the price and not those who were working night and day in junior positions.”