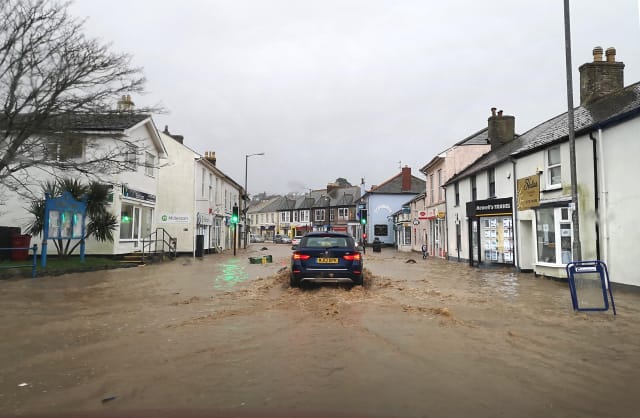 Heavy rainfall and flooding has caused severe disruption in parts of southern England, with some areas seeing more than 50mm of rain.

The village of Cardinham in Cornwall saw 52mm of rainfall over 36 hours while Bastreet Downs got 53.4mm.

Devon and Cornwall Police said downpours had caused localised flooding on Thursday, with a number of roads left impassable. The A30 bypass at Hayle was temporarily closed.

Yellow weather warnings for rain remain in place for large swathes of the south until midday on Friday, but forecasters are predicting the situation in Cornwall will improve.

A spokesman for the Met Office said: “There will be some showers around but nowhere near as much rain as today.”

He added: “More rain is coming from the south through the night and tomorrow.

“Most of the rain will be in the eastern part, eastern England and Scotland, gradually improving throughout the day.

“It does look as we head into next week that the weather will turn drier.”

Some 30 flood warnings – where flooding is expected – were in place for England on Thursday evening, alongside 189 flood alerts, which warn flooding is possible.