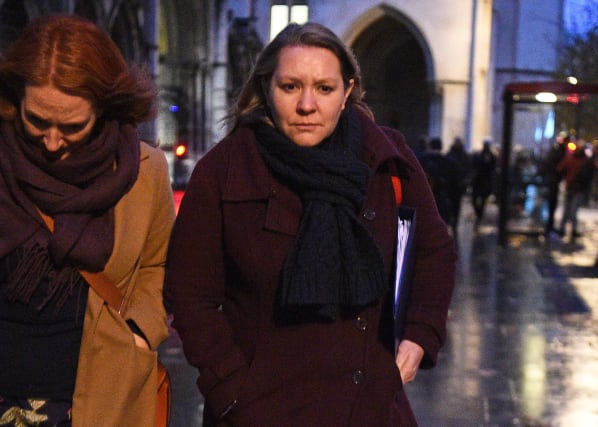 A former Labour MP who sued a union for libel has won a High Court fight and been awarded £75,000 damages.

Anna Turley – who lost her seat in Redcar, North Yorkshire, in the General Election on December 12 – had sued Unite and blogger Stephen Walker.

Mr Justice Nicklin, who oversaw a High Court trial in London in November, ruled in her favour on Thursday.

Ms Turley said a 2017 article on Mr Walker’s left-wing Skwawkbox blog, which contained a press statement from Unite, libelled her by conveying the meaning that she had acted dishonestly when submitting an application to join the union.

Unite bosses and Mr Walker fought the case and said Ms Turley had been dishonest and was not fit to be an MP.

They said the article was true or justified in the public interest.