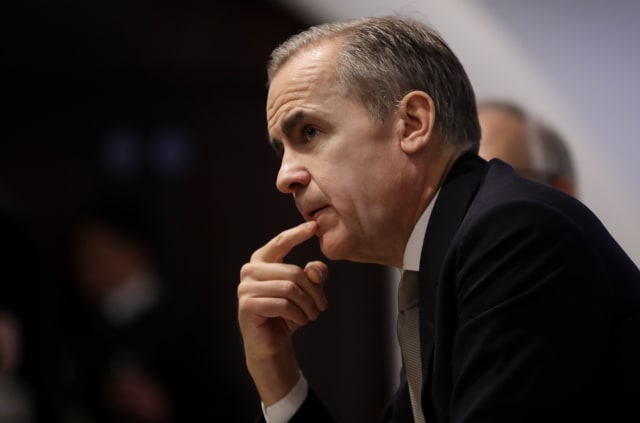 On Thursday, the UK’s Central Bank was forced to admit a serious security breach in the way its press conferences were streamed after warnings from journalists.

It found that an unnamed supplier had used an audio feed normally reserved for emergencies to give its customers a seconds-long head start on rival investors.

But counterparts at the European Central Bank (ECB) had warned as early as September that unscrupulous hedge funds were using similar technology to get ahead.

“Since September this year, the ECB offers a low latency audio feed for each monetary policy press conference to address exactly the issues that were in the news today,” the ECB said in a statement to the PA news agency.

They are normally streamed by Bloomberg on a short delay, but getting a head start, however slim, can help traders make millions.

The Bank is understood to only have discovered the problem once it was approached by The Times newspaper.

Although it immediately revoked the supplier’s access to the audio stream, the Bank has refused to identify the supplier.

It has referred the issue to the Financial Conduct Authority (FCA).

After the story broke in The Times, Statisma News, a company which delivers audio and video streams of Bank and ECB press conferences, put a statement on its website denying it releases information before it is public.

“We DO NOT carry embargoed information and we DO NOT release information without it first being made available to the public,” the firm said.

“It is impossible to ‘hack’ or ‘eavesdrop’ any live public event or press conference. Any such suggestion is dismissed out of hand.”

The Bank did not confirm whether Statisma, which is part of Encoded Media, is the supplier under investigation.

There are no references to Statisma on the Bank’s website.

The Essex-based business started covering Bank press conferences in 2010. It boasts of being able to deliver audio broadcasts “up to 10 seconds faster” than CNBC and Bloomberg.