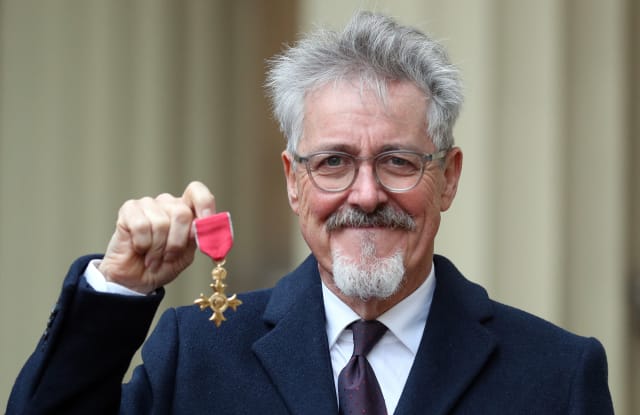 Comedian Griff Rhys Jones has called for a greater focus on improving the standard of living in towns and cities outside London.

The 66-year-old was speaking after collecting an OBE at a ceremony in Buckingham Palace for his services to charity and entertainment.

The entertainer is the president of Civic Voice, a charity that promotes civic pride and the importance of town and city centres.

He said: “I have got this not really for myself but for the whole civic movement and I am really pleased to do that.”

He added that there should be “more of a focus” in the UK on making towns and cities “good enough to live in”.

Some cities outside of London were “wastelands that close at 5.30pm”, he said.

“The future is not about loads of cars and huge car parks and everybody coming in. It’s about people feeling good about the locality that they have and the things that they need, the small shops around them.”

Mr Rhys Jones became a household name in the 1980s with Not The Nine O’Clock News and Alas Smith And Jones.

The celebrated comedian, writer, actor and presenter began his comedy career at Cambridge University, where he was a member of the famous Footlights drama club.

He said the investiture ceremony on Thursday was “rather an amazing thing” and that he had enjoyed meeting others who were also receiving honours.

He said: “I felt a little bit humbled by the people all around.

“I know it is an honour as it is called an honour, but it is also an honour to get one.”