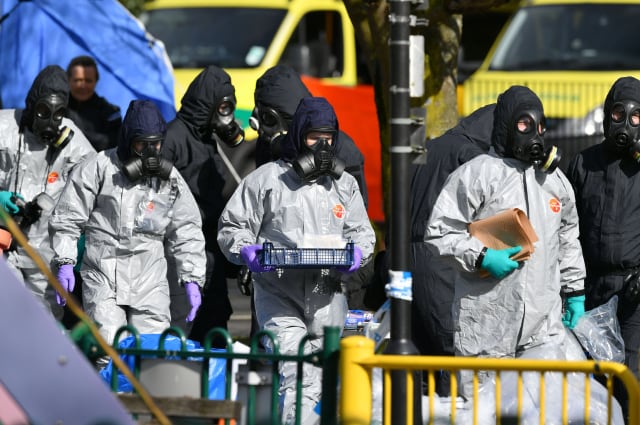 Boris Johnson has ordered a review of Britain’s counter-espionage laws in face of the growing security threat from Russia.

Ministers are looking at whether a new Official Secrets Act is needed to replace legislation dating back more than a century.

The Government is also considering introducing a US-style register for foreign intelligence agents operating on British soil – with new penalties for those who fail to comply.

It will further consider whether the treason laws – which have their roots in medieval times – also need updating.

At the same time, the Prime Minister will lead what is described as the “deepest review” of Britain’s security, defence and foreign policy since the Cold War.

Theresa May originally promised measures to modernise the powers of the security agencies in the wake of the 2018 Salisbury chemical weapons attack.

The poisoning of former Russian spy Sergei Skripal and his daughter, Yulia, using a powerful nerve agent was blamed by the Government on Russia’s GRU military intelligence agency.

A review by the Law Commission into the Official Secrets Acts – the earliest of which dates back to 1911 – is already under way and is expected to report soon.

Officials are now looking at whether there is a need to create new offences criminalising other “harmful activity” by foreign agents.

They are considering whether the legislation could apply “extraterritorially” in order to protect the country from “hostile actors” operating overseas.

Professor Anthony Glees, a security and intelligence expert at the University of Buckingham, suggested it could lead to MI6 being given new powers to target threats overseas.

While the agency currently works with “partner” agencies abroad in dealing with such threats, he said it could now be given greater scope to operate independently.

“This new legislation would appear to allow MI6 to do this off its own bat. I think that is quite a significant tweak to the UK’s intelligence-led activity,” he told the PA news agency.

Prof Glees said that it could also be an effort to reassure the public that the UK was able to “go it alone” when Britain is outside the EU.

“This new legislation is an attempt to reassure people that Brexit will not make us less safe,” he said.

“I think it comes out of this feeling that with Brexit we want to have an intelligence-led strike force that will deter people from thinking that we have been seriously weakened by withdrawing from the intelligence-security relationships we have had on a European level.”

Meanwhile the integrated security, defence and foreign policy review will cover the armed forces, the intelligence agencies and counter-terrorism as well as the development of foreign policy outside the EU.

It will look at Whitehall’s thinking on “all aspects” of deterrence in a rapidly evolving security environment, including ways in which “technological surprise” could threaten security.

There will also be an extensive review – expected to be led by the Prime Minister’s chief adviser Dominic Cummings – of the defence procurement process, amid long-standing complaints of delays and budget overruns to major projects.

Mr Johnson said: “This will be the most radical reassessment of our place in the world since the end of the Cold War, covering all aspects of international policy from defence to diplomacy and development.”