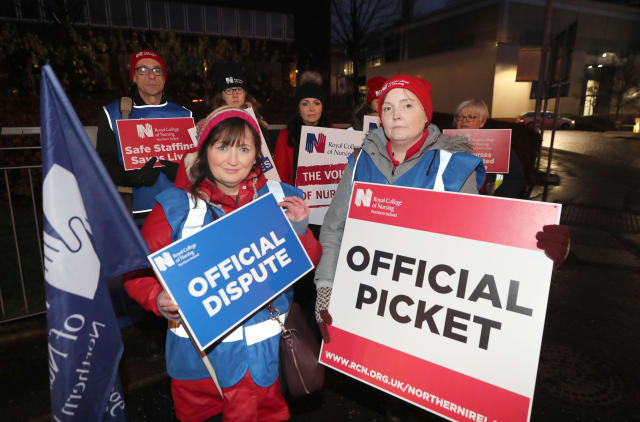 A senior healthcare trade unionist has blasted an “insulting” 11th hour intervention in the nurses pay dispute by the head of Northern Ireland’s civil service.

That would be equivalent to removing 120,000 people from waiting lists.

Unison union regional secretary Patricia McKeown said: “We are extremely disappointed by your continued suggestion that effectively workers are seeking to deprive essential services of resources in order to fund pay.

“This is, to say the least, disingenuous.”

She wrote an open letter to the head of the civil service on Wednesday.

Ms McKeown said in the letter: “We have repeatedly stated that the UK Treasury should provide whatever additional resources are needed to restore the pay gap.

“You have a clear role in making that argument to them. Health workers have kept the system running in the face of continued cuts and austerity.

“Poor workforce planning by the Department of Health has resulted in over 7,000 vacancies causing excessive and uncontrolled spending on agencies.

“It is wrong, insulting and overtly political to suggest that paying health workers what they are entitled to would be against the public interest.”