Teenager gets life for gang murder of Jaden Moodie, 14, during ‘killing mission’ 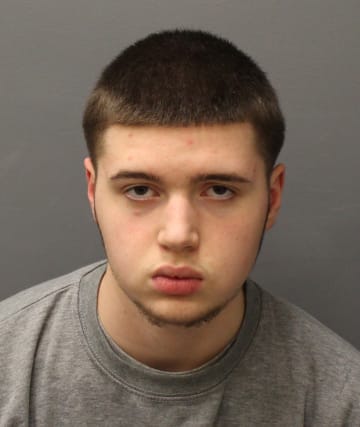 A teenager has been jailed for life for the “barbaric” gang murder of 14-year-old Jaden Moodie.

Jaden became the year’s youngest gang victim when he was knocked off a scooter and stabbed nine times in Leyton, east London, on January 8.

The killing was caught on graphic CCTV footage, which was shown in the Old Bailey trial of Ayoub Majdouline, 19.

The teenage drug dealer was one of five Mali Boy gang members who had set out in a stolen Mercedes into rival Beaumont Crew territory in what became a “killing mission”.

Majdouline, who had been identified as a “modern slavery” victim, had admitted drug dealing for the Mali Boys but denied being involved in Jaden’s murder.

But jurors heard his DNA was found on a bloody yellow rubber glove and knife discarded after the killing.

He was found guilty of Jaden’s murder and having a blade at the Old Bailey last week.

On Wednesday, Judge Richard Marks QC sentenced him to life in prison with a minimum term of 21 years plus 18 months to run concurrently.

Judge Marks said Jaden had been associated by the rival Beaumont Crew gang, but “he did not deserve to die”.

He said: “I cannot ignore the evidence about his drug and other criminal-related history.

“That he became so involved starting at the age of 13 is truly shocking but none of that means he deserved to die, still less in the circumstances in which he did.”

On Majdouline’s troubled background, he said: “Your life has, through no fault of your own, been blighted by huge personal difficulty from a young age.”

Ms Bailey said her son was a “loving and caring, family-orientated little boy” who was “fascinated” by cars and motorbikes and had ambitions to launch a clothing line called Young Productions.

She said he was a “remarkable human being” who had been moved to hand out gloves to the homeless in the winter when he lived in Nottingham.

She said: “I feel like it’s a dream and I will wake up and he will be here with us.”

Ms Bailey said she felt “let down” by organisations she had turned to for help, adding: “I feel like all this could have been avoided.

“No parent should have to bury their child before themselves.”

James Scobie QC, mitigating for Majdouline, said: “This is a case that is, to say the least, without any winners. To have a young boy killed for no apparent reason really.

“We do not know actually how it was, why it was that particular moped was targeted.”

He said whether or not the attackers set out on a “killing mission”, that was what it turned out to be on the evening of January 8 when they came across Jaden.

On Majdouline’s “shattered existence”, Mr Scobie said: “In my experience of 35 years on this side of the court, I have never come across someone as broken as this young man. He has not really stood a chance.

“He had significant disruption by experiences of trauma and exposure to certain ideologies that no-one of any age should be exposed to.”

Mr Scobie said his client had a “non-existent childhood” and was particularly traumatised by the murder of his father.

Since being held at Belmarsh jail he had been attacked and suffered a broken jaw, he said.

But the barrister added that Majdouline had “exceptional” love for his mother and did have the “capacity for decency”.

Giving evidence in the trial, Majdouline had said his Irish mother and Moroccan father had split up when he was small and he turned to county lines dealing “to survive”.

Three years after the murder of his father, Majdouline was identified by the National Crime Agency as a victim of “modern slavery”.

Jurors also learned that Jaden had been in trouble with police since he was 13.

His mother had sent him to stay in east London to get away from a gang in Nottingham.

Jaden had been caught with a Rambo knife and cannabis, and appeared in a Snapchat video with an imitation gun.