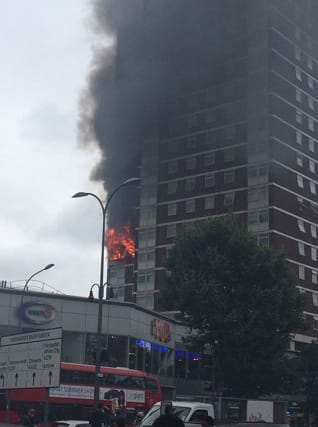 Residents of a tower block that caught fire in 2016 due to an allegedly faulty Indesit tumble dryer have settled their legal claims against parent company Whirlpool, their lawyers have said.

The announcement of Friday’s settlement in relation to 37 residents of the Shepherd’s Bush tower at the time of the August 2016 blaze comes a day after Whirlpool announced it is recalling more than 500,000 Hotpoint and Indesit fire-risk washing machines.

The recall is Whirlpool’s second this year, after the company finally launched a full recall involving 500,000 dryers following a lengthy safety modification programme – involving the model involved in the Shepherd’s Bush fire – in July.

The London Fire Brigade (LFB) said it believed the blaze, which engulfed part of the high rise block and took 120 firefighters to bring under control, was caused by the faulty dryer. No-one was injured.

Thomas Jervis, a lawyer at law firm Leigh Day, which represented the residents in the civil claim against Whirlpool, said: “My clients have been through hell and back. I am pleased that we have been able to get Whirlpool to apologise and sort their claims out.

“Consumers have the right to expect that the products in their homes are safe. This latest product catastrophe shouldn’t be viewed in isolation.

“We call on the Government to carry out a public inquiry into the reported Whirlpool product safety issues and the fitness for purpose of the recall system in the UK. Anything less isn’t good enough.”

A Whirlpool spokesman said: “We have for some time been seeking to compensate the families affected by the incident in Shepherd’s Bush.

“We regret that it has taken this long to resolve the matter but we are glad a settlement has now been reached so that all those concerned can set about rebuilding their lives following this incident.

“We know that people lost their homes and possessions in the fire and that their lives have been disrupted.

“We offer our most sincere apologies to all those involved and hope that this settlement can help bring closure for them.”

On Tuesday, Whirlpool said as many as 519,000 washing machines sold under the Hotpoint and Indesit brands in the UK between October 2014 and February 2018 could be affected by a flaw with the door-locking system that could lead to them overheating and potentially catching fire.

It has urged owners of appliances bought since 2014 to contact Whirlpool immediately to check if their washing machine is one of the models affected.

Whirlpool said it was working at “full speed” to prepare to officially begin the recall in early January.

The latest recall comes after the company finally launched a full recall involving 500,000 dryers in July.

Whirlpool acted after being criticised for resisting demands for a full recall and instead carrying out a lengthy “safety campaign” that saw 1.7 million products modified instead.

That earlier recall related to certain models of Hotpoint, Indesit, Creda, Swan and Proline dryers built between 2004 and 2015.

In November, MPs said it was “extraordinary” that as many as 800,000 of the defective dryers could still remain in people’s homes four years after Whirlpool revealed they were a fire risk.

A Business, Energy and Industrial Strategy (BEIS) Committee investigation into the firm criticised the company for its slow response in modifying or replacing faulty machines while also condemning the firm’s use of non-disclosure agreements (NDAs) to “silence customers”.

Whirlpool had earlier revealed that, in recent years, it had logged 54 fires in its tumble dryers and admitted that three of those were models which had already been modified.

The BEIS committee also expressed concerns, shared by safety organisations, about the safety of Whirlpool’s modification.

The report called on the Government to press ahead with a new review of the safety of Whirlpool’s modification and to investigate other possible sources of fires in Whirlpool’s tumble dryers.

The BEIS report followed Grenfell Tower inquiry chairman Sir Martin Moore-Bick saying he had “no doubt” that the fire was started by an electrical fault in a Hotpoint fridge-freezer, and dismissed a “fanciful” claim by Whirlpool that the fire could have been sparked by a discarded cigarette.