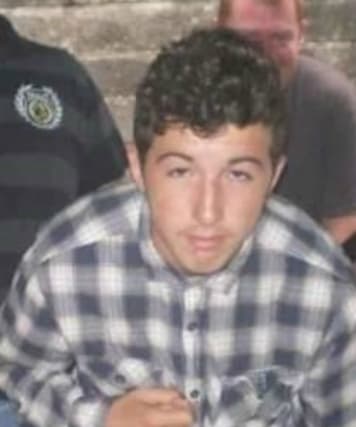 A 24-year-old man has appeared in court charged with stabbing another man to death in front of Christmas shoppers in Barry.

Jordan Brown is accused of murdering Jordan Davies, 23, in the busy town centre on Monday afternoon.

On Wednesday, Brown appeared at Cardiff Magistrates' Court, where he spoke only to confirm his name, address, and gave his nationality as English.

He was told he would next appear at Cardiff Crown Court later on Wednesday afternoon.

Brown, from Holton Road, Barry, was remanded in custody.

Earlier on Wednesday Mr Davies' "devastated" family paid tribute to him, saying: "Jordan was a loving son, brother, and father of two young children. He was also a keen football player.

"Jordan will be greatly missed by everyone who knew and loved him.

"We ask that our privacy is now respected during what is an extremely difficult time."

On Tuesday police said the incident had been "extremely distressing" for shoppers and retailers who witnessed the alleged attack, which also took place in the busy Holton Road shopping street, at about 4pm.

Police said Brown was known to alleged victim Davies and thanked onlookers for coming to his aid after he suffered stab wounds outside an Iceland store.

Armed police attended the scene which was later closed to the public for several hours.

DCI Mark O'Shea, senior investigating officer from South Wales Police, said on Tuesday: "This was a tragic incident which has cost a young man his life and has devastated families.

"The attack happened in a busy town centre and I would like to thank those members of the community who came to Jordan's aid and did what they could to help him.

"While many tried to assist, we know that the incident was captured on camera and I would appeal to anyone with any mobile phone or dash-cam footage not to share it publicly and instead pass it on to the police so that we can fully investigate and ensure justice for the young victim.

"The public have been really forthcoming with information, which proved key in ensuring a suspect was apprehended quickly."