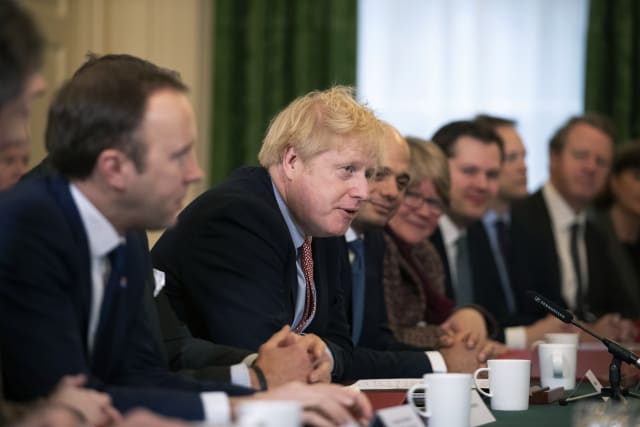 Boris Johnson will try to use the Queen’s Speech to push his agenda beyond Brexit and on to the NHS and community issues.

The Prime Minister intends to put the health service at the heart of the Government’s legislative programme alongside moves to finally force through EU withdrawal by the end of January.

Mr Johnson said he wanted to use the set-piece parliamentary occasion on Thursday to put forward an agenda also centred on law and order, infrastructure and education.

The Government will enshrine in law a commitment on NHS funding, with an extra £33.9 billion per year provided by 2023/24, Mr Johnson said.

The Queen’s Speech will also include proposed legislation to abolish hospital car parking charges for “those in greatest need” – likely to include disabled people, parents of sick children staying overnight, and staff working night shifts.

The NHS Funding Bill is intended to be the first piece of domestic legislation put on the statute book after the proposed passing of the Withdrawal Agreement Bill which the PM insists will lead to the UK quitting the EU on January 31.

The PM said the Government would also pledge to make it easier for hospitals to manufacture and trial innovative medicines.

And an independent body would improve patient safety by investigating concerns and incidents raised by patients and families.

This Queen’s Speech will be more low key than the last one in October, with cars used instead of carriages and the monarch wearing a hat instead of a crown.

The high street is reported to be set for a boost with a cut in business rates from April.

Speaking to NHS nurses at a Downing Street reception on Wednesday, Mr Johnson said: “The NHS is the single greatest institution in this country and it’s absolutely vital that we as political leaders, all kinds and all levels, understand what is going on in the NHS.

“But the pressures and demands are enormous and we have to help you cope with that.

“We have to invest and as you may have heard in the last few weeks, we are. We are upgrading hospitals, and building new hospitals.

“We are now putting the biggest investment in the NHS in living memory. We have to keep that investment going.”

Downing Street said the Queen’s Speech would also confirm an additional £1 billion for social care every year of the new Parliament.

The Government will also “urgently seek” a cross-party consensus for long-term reform so nobody has to sell their home to pay for care, Number 10 said.

The Queen’s Speech will commit to increasing levels of funding per pupil in schools.

And new legislation will see terrorists spend longer behind bars and make it easier for police to stop and search known knife carriers, Downing Street said.

Brexit legislation will also be prominent with the speech including proposals to implement the UK’s future relationship with the EU, which is due to be agreed by the end of December 2020.

The legislative measures will also include proposals to “stop vexatious claims” against members of the armed forces.

Shadow health secretary Jonathan Ashworth said: “The re-election of this Government passes them the great responsibility of fixing the crisis in the NHS which 10 years of their under-funding has created.

“We will study the legislation they are putting forward, but the commitments from their election manifesto fall far short of what is needed to end record waiting times and staff shortages.

“If the Conservatives’ plans to put funding increases into law is to be anything other than an empty gimmick, we would urge them to pledge the extra £6 billion a year which experts say is needed to start to make up the cuts they’ve imposed for a decade, and to put the necessary funding into public health and social care.

“This Government will be judged on its handling of the NHS and its ability to put right their disastrous handling of our country’s most important institution over the past decade.”