A family has been left homeless after B&Q lorry smashed through their home in the early hours of Tuesday.

David Hill, 31, said he woke up to the sound of a "huge thud" at around 3.30am as the HGV collided with the side of their end-of-terrace home in Harlow, Essex.

After rushing downstairs he discovered part of the lorry poking through the walls of his house and rushed upstairs to get his wife Hannah, 28. 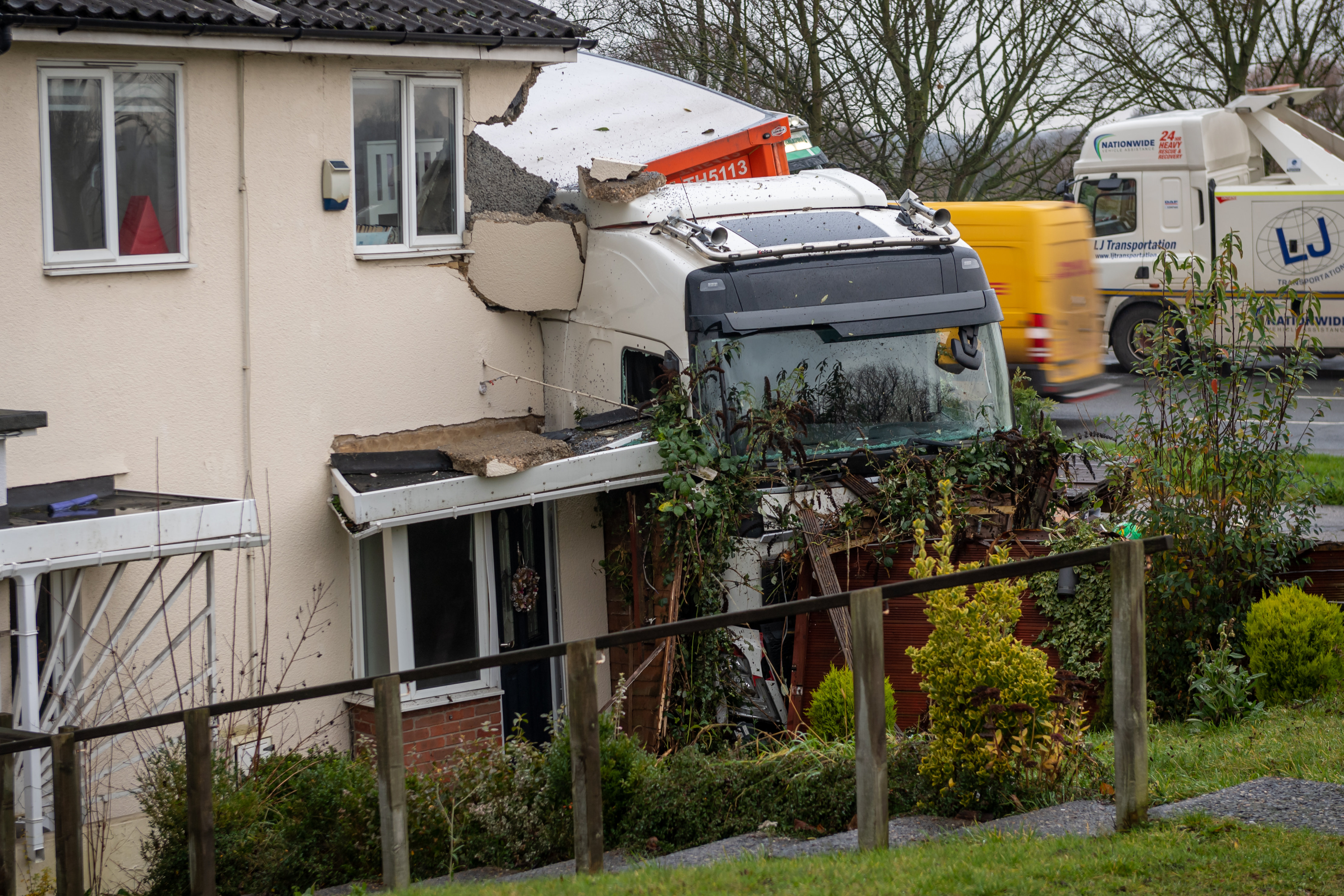 Engineers are currently inspecting the property, which is believed to have been damaged structurally.

David said: "My wife and I were in our bedroom when I heard this huge thud. I didn't know what it was or where it was coming from.

"I went downstairs and saw a lorry in my house! I ran upstairs to get my wife and we rushed outside. 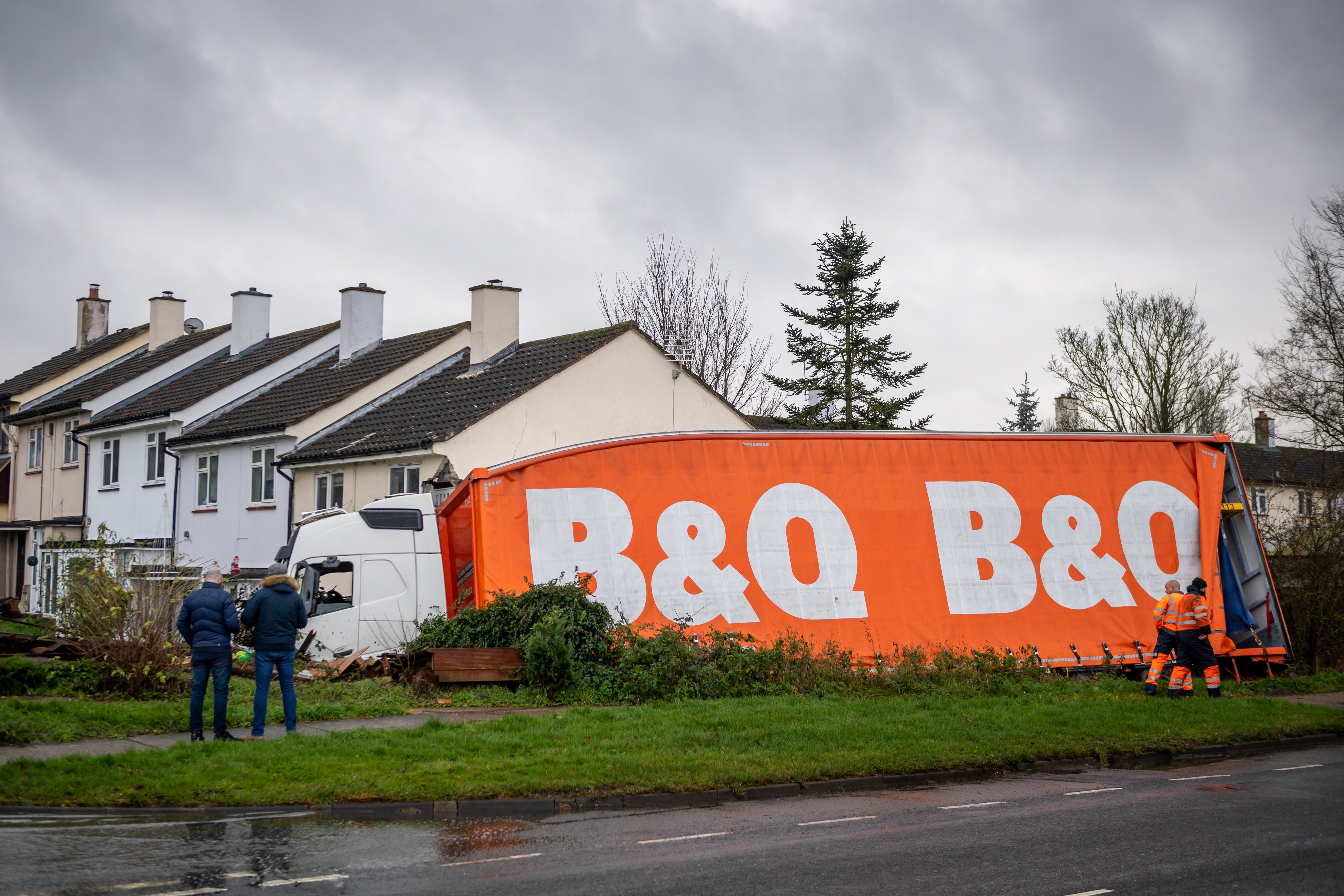 "Another lorry driver had seen what had happened and had called the police.

"The driver looked okay he climbed out of the window and then the emergency services came.

David who is dad to two girls aged 10 and 12 was mainly just thankful that his daughters weren't in at the time of the crash.

"We're essentially homeless so we're staying with family. We're probably going to be with family for three to four weeks at the very least," he added.

"It's a very stressful situation- all our belongings and Christmas presents are in the house.

A spokesman for Essex Police confirmed no-one was injured and structural engineers were called because of damage to the property.

They added: "The driver assisted us with our inquiries and there were no reported offences."

Harlow Council confirmed the house had been "deemed dangerous" and a building control team was investigating.

A spokeswoman for the DIY firm said: "B&Q and Wincanton, our fleet operators, are co-operating fully with the police to understand what happened."

She added the firm sent its "heartfelt apologies" to the family involved, and that it would "support them however we can."

Uber refused licence to continue operating in London by TfL

Man 'sets himself on fire' outside London pub

Death of man at medieval castle due to heart attack, police say