Businessman murdered in Argentina ‘may have thought robbers’ gun was empty’ 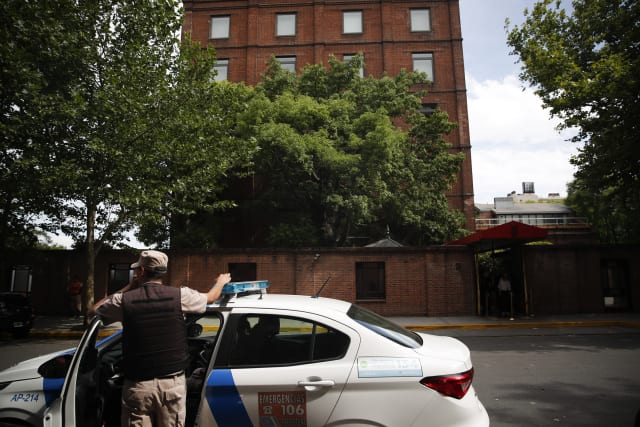 A Briton who was murdered in Argentina may have fought back against a gang of thieves because he thought they had no bullets in their gun.

Matthew Gibbard, 50, was shot dead during a robbery outside his luxury hotel in Buenos Aires on Saturday in front of terrified members of his family.

The chauffeur who dropped them at the Faena Art Hotel said the businessman may have wrongly believed the attackers’ gun was empty.

His comments came as Mr Gibbard’s colleagues said they were “devastated” by his death.

Driver Enrique Piacampo was unloading luggage when he heard a voice saying “suitcase” and “watch”. One of the gang tried to fire a gun but, at first, nothing happened.

He told TV station Telefe: “I saw that the first shot did not come out and the passenger, thinking that the gun had no bullets, continued struggling with the thieves.”

Mr Piacampo described two of Mr Gibbard’s family hugging each other inside the minibus after the horror unfolded.

Several arrests have been made by Argentinian police investigating the robbery, including three Venezuelans who were detained on a bus apparently attempting to flee the country.

The company released a statement that said: “On Saturday December 14, a terrible incident occurred during a family holiday that has resulted in the death of Matthew Gibbard, chairman of Tingdene.

“Clearly, we are all devastated by Matthew’s passing and this will leave a gap in many people’s lives.

“Our condolences and thoughts remain with Matthew’s family at this difficult time, who ask for privacy as they come to terms with the loss of Matthew.

“The tragic events relating to this incident remain part of an ongoing investigation and, in this regard, we are unable to make any further comment in relation to the circumstances surrounding the tragic events.

“Matthew was instrumental in the growth of all the businesses he was associated with and he will be sadly missed by all his colleagues.”

The company said a photograph that has appeared in the media has been incorrectly identified as Mr Gibbard and is in fact managing director Ian Wilkins.

Mr Gibbard’s family have not released a picture for use by the media.