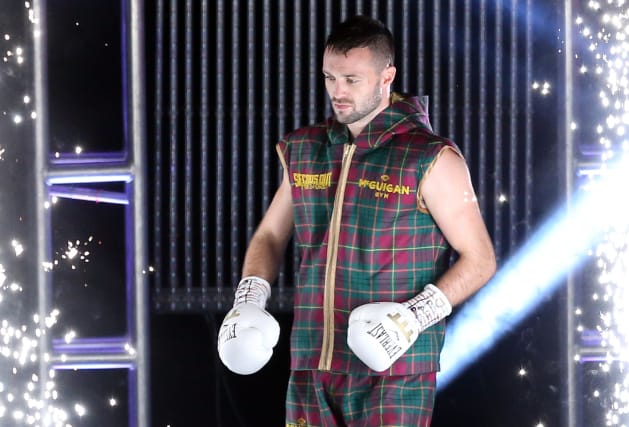 World champion boxer Josh Taylor has said he feels “ashamed” of his “stupid actions” after admitting racially abusing a bouncer in Edinburgh.

The 28-year-old was fined £350 after pleading guilty at the city’s sheriff court to behaving in a threatening or abusive manner towards the doorman at the Shanghai nightclub in George Street in the early hours of Sunday.

His not guilty plea to a charge of possessing cocaine was accepted by the Crown.

Taylor, of Prestonpans, East Lothian, who became the unified world champion in the super-lightweight division with a majority decision win over Regis Prograis in October, apologised following the court hearing on Wednesday.

He tweeted: “Whilst out celebrating with friends on Saturday in Edinburgh I made some stupid comments and poor decisions resulting in legal charges.

“I hold my hands up for making remarks which caused offence and I was rightfully found guilty of. I’m ashamed about the whole incident.

“The other charge, I have been rightfully found not guilty of. I’m regularly tested by all the relevant authorities and could be at any time regardless of when I’m fighting. I would never risk my career and reputation with drugs.”

He added: “I whole heartedly apologise for my stupid actions. It has been a rollercoaster of a year for me, becoming unified world champion and on this occasion I’ve taken it too far.

“I can only apologise, not only to those whom I offended, but to my family and friends for the upset I’ve caused.

“There’s no excuse for the comments and the disturbance.

“I’m going to take some time off over Christmas to reflect on my actions and ensure it never happens again.”