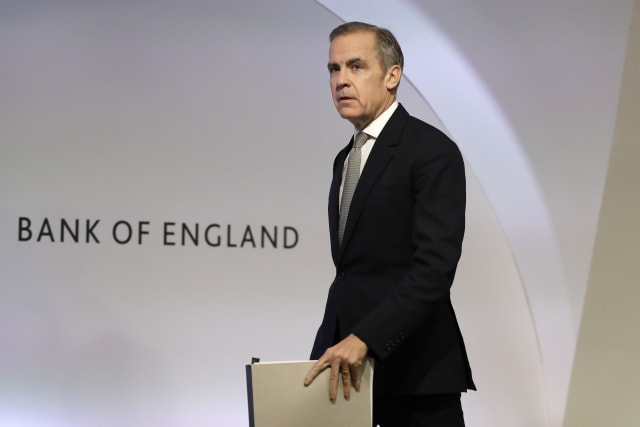 Britain’s biggest banks and insurers will be tested on a range of climate change scenarios to find any cracks in their preparations for global warming.

The Bank of England said it will test companies in the second half of 2020 to check how well they can weather three different climate scenarios.

It said: “Risks are already starting to crystallise, and have the potential to increase substantially in the future.”

It plans to use a regular stress test, BES, to judge what risks climate change could have on some of Britain’s most important financial companies.

It pits the institutions against three different scenarios. The most severe of these assumes governments and businesses keep on with business as usual, with no more action to tackle climate change than what has already been announced.

Bank Governor Mark Carney has previously spoken of climate change as a major threat to companies around the world.

“Part of the objective is that the foundations are put in place so that professional financial decisions can take into account climate change,” he said on Monday when presenting the Bank’s financial stress test of major UK lenders.

Unlike financial stress tests, which look at a five-year period, the new tests will look 30 years into the future to see what long-term impact climate change is likely to have on businesses.

The Bank said: “While the BES will build on the Bank’s existing policy response to these risks, including the exploratory climate scenarios included within the 2019 Insurance Stress Test, its scope and breadth mean that it is a pioneering exercise.”

Lorraine Johnston, regulation counsel at law firm Ashurst, said the announcement puts in place an ambitious time-scale, starting testing in the second half of next year, with results published in 2021.

She added: “Most banks will have already taken steps to position themselves ready for the introduction of climate change stress testing.

“The Bank of England clearly acknowledges that on this issue there is little time to lose.”