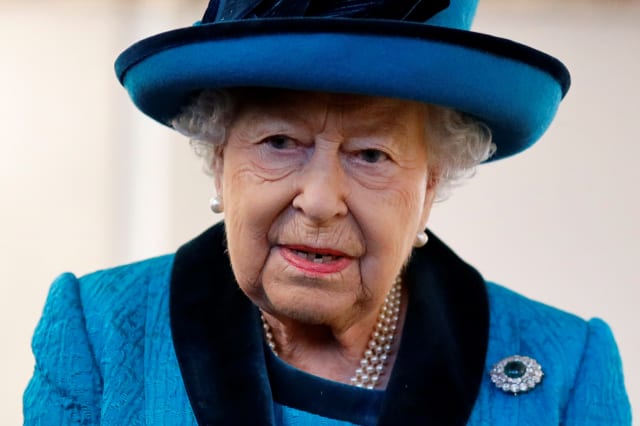 When Queen Elizabeth addresses her nation on Christmas Day it will mark the end of one of the most difficult years of her long reign.

Over the past 12 months, her husband got a police warning for his involvement in a car crash, her grandsons Princes William and Harry publicly fell out and her second son Prince Andrew got ever more entangled in the furor over his links to disgraced U.S. financier Jeffrey Epstein.

"This is as bad as it gets for her," royal biographer Penny Junor told Reuters.

Back in 1992, the queen described an "annus horribilis", wrecked by the collapse of three of her children's marriages - including Prince Charles' to Princess Diana - and the fire that severely damaged her Windsor Castle home.

"She obviously won't use that phrase again," said Junor, "but I would suspect in some ways this (year) has been even worse."

In January, Elizabeth's 98-year-old husband Prince Philip was involved in a car accident near the family's Sandringham estate in eastern England. He had to give up his driving license after police gave him a warning for driving without wearing a seat belt.

Grandson Prince Harry and his American wife Meghan faced increasingly hostile stories in the press, culminating in them taking legal action against a number of tabloids. Harry also said he and elder brother Prince William had fallen out, without giving details.

The queen herself was embroiled in political wrangling over Britain's exit from the European Union, with her suspension of parliament in September at the behest of Prime Minister Boris Johnson ruled unlawful by the country's top court.

But by far the greatest negativity was generated by the furor over Andrew's links to Epstein, and accusations the prince had had sex with a 17-year-old girl.

An interview Andrew gave to the BBC in November denying that accusation and any other wrongdoing was cast by the British media as a disaster, leading to him stepping down from public duties. Still, the year may not have been a total catastrophe.

"Most people will look upon 2019 as not a particularly good year for the institution but the queen came out pretty well," said Dickie Arbiter, Elizabeth's press secretary from 1988 to 2000.

"The monarchy has evolved over 1,000 years. It has had all sorts of circumstances running against it, but it has survived. It survived 1992, it survived the abdication of (King Edward VIII in) 1936, it survived 2019."

Some have gone as far as saying the family could eventually emerge even stronger - and that this year's traumas could lay the foundations of a new slimmed-down monarchy, a long-term aim of future king Prince Charles.

The heir was key in the decision to have Andrew "de-royaled" and effectively fired from his job, said royal historian Robert Lacey.

"It's a tragedy in a way, but it is a plus to see Charles playing a positive role in events," added Lacey, the historical consultant to the hugely-popular Netflix TV series "The Crown". "After 20 years, Charles is finally getting his way."

To mark her 50th year as queen in 2002, more than a dozen members of the royal family appeared on the balcony at Buckingham Palace. A decade later it was just her, her husband, Prince Charles and wife Camilla, together with William, his wife Kate and Harry.

132 PHOTOS
The Queen's 67 years on the throne
See Gallery

"It could reduce the monarch to an essentially ceremonial and charitable role," he said.

"The new involvement of the Supreme Court doesn't question the existence of the monarchy - yet. But if certain decisions and prerogatives are going to be controlled or taken away, then what has the prime minister got to go to speak to the queen about each week?"

So there will be much to discuss around the Christmas table when the royals - or "the firm" as they call themselves - gather at Sandringham estate next week.

One of those whose support they can count on is the Archbishop of Canterbury Justin Welby, spiritual leader of the world's 80 million Anglicans.

"I think to ask that they be superhuman saints is not what we should do because nobody is like that," he said in an interview with The Big Issue, a magazine that helps the homeless.

"Everybody makes mistakes, everybody is human. I am not commenting on any member of the royal family except to say that I am astonished at what a gift they are to this country."