Andrew joins royal family for pre-Christmas lunch with the Queen 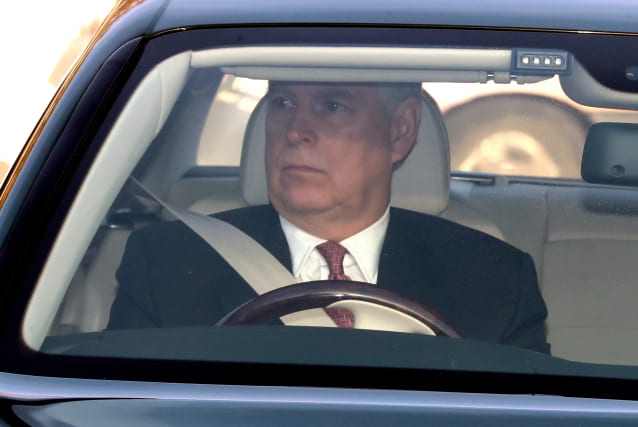 The Duke of York has arrived at Buckingham Palace for the traditional pre-Christmas lunch for the royal family hosted by the Queen.

Andrew has had a tumultuous end to his year after his disastrous appearance on the BBC’s Newsnight programme, which has left his reputation in tatters.

His attempt to explain his relationship with convicted sex offender Jeffrey Epstein backfired and he was heavily criticised for showing a lack of empathy towards Epstein’s victims and remorse over his friendship with the disgraced financier.

In the interview, the duke denied claims that he slept with Virginia Giuffre, one of Epstein’s victims, on three separate occasions, twice while she was under age.

Andrew drove himself to the annual event at the palace.

Other guests included the Duchess of Cambridge,  who was seen at the wheel of her car, with Princess Charlotte in the back seat.