All student nurses to be eligible for bursary worth £5,000 – Matt Hancock 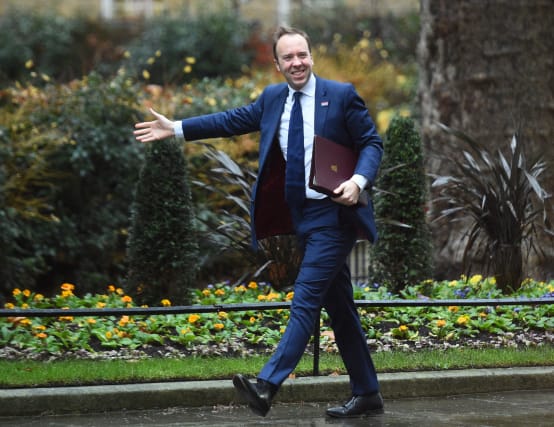 All student nurses will be eligible for bursaries worth at least £5,000 per year under Government plans to restore the grants after they were scrapped under the Tories’ austerity measures.

Health Secretary Matt Hancock announced that the Conservatives’ manifesto commitment would be rolled out from September, in a bid to woo those currently considering a nursing degree ahead of the application deadline.

Annual payments of £5,000 will be available to all student nurses – as well as some allied health professionals – from the start of the next academic year, with a further £3,000 for specialist disciplines, such as mental health, which are hard to recruit.

Mr Hancock, speaking at the Policy Exchange think tank in Westminster, said he hoped the £2 billion package of financial support would attract more nurses into the profession and reward those choosing nursing as a career.

“We’re going to give student nurses a free, non-repayable training grant worth up to £8,000 a year on top of the existing funding available – almost doubling the financial support on offer,” he said.

“Every student nurse will receive at least £5,000 extra a year from next September, with more financial support for childcare costs, for instance, or in regions, or disciplines, such mental health, where the need for nurses is more acute.

“At the same time, we’re going to expand further the roots into nursing with more nursing associates and apprentices. I want to make it easy to climb the ladder to become a fully registered nurse.”

The policy pledge formed part of a plan for 50,000 additional nurses for England intended to underline the party’s commitment to the NHS.

Mr Hancock also confirmed plans for an “urgent review” of the NHS pensions issue which led some senior doctors to turn down extra shifts because they were being hit by hefty tax bills.

NHS England has previously announced special arrangements for 2019/20, meaning no doctor in England will be worse off as a result of taking on extra shifts this winter.

The Cabinet minister set out his “priorities” for the NHS – saying he wanted to make the 2020s the “decade of prevention of ill health” while vowing to deliver the “biggest hospital building programme in a generation”.

And on technology, he said: “The front line is demanding better technology – anybody who tells me that technology is not part of the answer has not been into the right hospitals.”

Mr Hancock sidestepped questions on when his party would begin cross-party work on finding a solution for social care, and whether he would extend the sugar tax to other products.

“Today my announcement is on nurses, I wanted to make sure that this commitment to the £5,000 extra minimum per nurse is made early because the deadline for Ucas application is on the 15th January.”

He was also asked to rule out more sugar taxes on other products, but simply replied: “50,000 more nurses.”

“The Conservatives’ policy of forcing would-be nurses to pay tuition fees has demonstrably failed in the last two years,” he said.

“While it is good to see that they have U-turned on their terrible policy position, nurses have called for additional funding to cover tuition fees too, not just living costs as the Tories promised in their manifesto.”