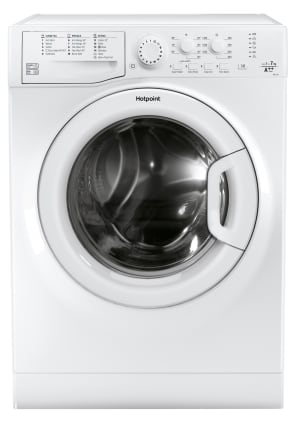 With more than half a million washing machines being urgently recalled, one woman had to replace her Hotpoint after it caught fire twice.

Becky Rooney, from Warwick, said she will “never have a Hotpoint in the house again” after two machines from the company began smoking in two years and had to be replaced.

She first bought her machine six years ago and purchased one of the models now urgently being recalled. She was sat in the kitchen in November 2016 when smoke began pouring out of the machine.

Despite being issued with a replacement from Hotpoint, the second machine caught fire again in March 2019.

She told the PA news agency: “I eventually demanded a refund and went out and bought a Bosch. I will never buy from that company again.

“They were really awful and the appliances were dangerous. When we tried to say something to them, they just shut us down. It’s all a bit covert.”

Ms Rooney claims Hotpoint originally called an engineer out to fix the first faulty machine, but when she demanded to see the engineer’s report after the second machine caught fire, she said they had no record of this.

More than half a million households using Hotpoint and Indesit washing machines have been urged to immediately unplug the appliances as Whirlpool prepares to recall them over a fire-risk flaw.

The firm said as many as 519,000 washing machines sold under the Hotpoint and Indesit brands in the UK between October 2014 and February 2018 could be affected by the flaw with the door-locking system that could lead to them overheating and potentially catching fire.

It urged owners of appliances bought since 2014 to contact Whirlpool immediately to check if their washing machine is one of the models affected, acknowledging that the timing of the alert would cause “inconvenience and concern” to hundreds of thousands of consumers over the Christmas period.

Customers have been advised to unplug their machines and not use them, although those who choose to continue doing so are advised to only use cold water cycles of 20C or lower.

The issue associated with the washing machine’s heating element is activated during washing cycles above 20C.

Mrs Rooney said her Hotpoint tumble dryer from the company is also faulty and has begun switching itself on and off on its own.

She said: “I still have the dryer – it’s not on their faulty list but I don’t use it because I don’t trust them.

“It’s a battle I can’t face having with them at the moment so we’ll just replace it when we have the money.”