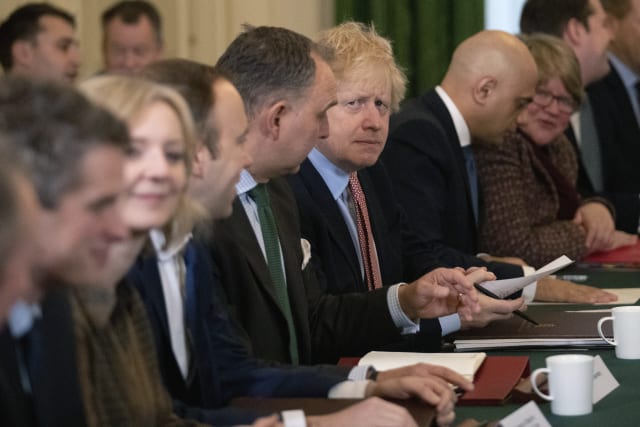 Stock markets turned bearish on Tuesday, as traders were spooked by the possibility of a no-deal Brexit rearing its head again.

All the indexes on the London Stock Exchange, apart from the FTSE 100, closed the day down, after prime minister Boris Johnson said he would not extend the Brexit transition period into 2021.

It opened the door to a no-deal Brexit again, and dampened the bullish sentiment on markets in recent days since the election.

“Banks and house builders are some of the biggest fallers, as they would be in the no-deal Brexit firing line,” said David Madden, an analyst at CMC Markets.

He added: “The possibility of the UK leaving the EU without a deal would be after the transition period in December 2020, so dealers are not overly worried right now.”

In company news, Persimmon did not properly install fire barriers in homes it built across the country, a review has found, putting customers at potential risk.

The company was criticised for a series of failures and accused of focusing on achieving a five-star rating from the Home Builders Federation, rather than building high-quality and safe homes.

A claims management company has been fined £70,000 after misleading consumers by giving the impression that it was making PPI claims directly to banks.

Troubled retailer Ted Baker has lost another long-standing board member, just a week after its chairman and chief executive quit.

The group said Ron Stewart has stepped down after nine years as a non-executive director of the group, most recently as the senior independent director, sending shares down a further 3%.

Department store Beales has confirmed it is putting itself up for sale, as it looks at refinancing options amid tough high street conditions taking their toll on the 138-year-old chain.

The Bournemouth-based group, one of Britain’s oldest department store chains, said it had launched a formal sale process as part of a strategic and financial review being led by KPMG, though a sale remains one option under consideration.