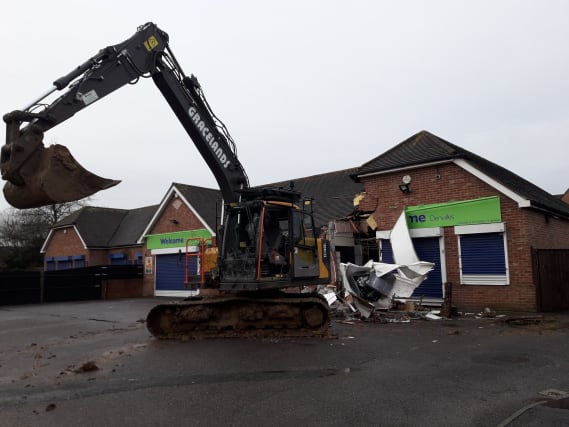 Thieves have destroyed the front of a convenience store during a raid using a stolen digger to steal a cash machine.

The damage was caused to the Co-op store in Snowberry Crescent, Havant, Hampshire, during the early hours of Tuesday.

A Hampshire police spokesman said: “A large digger was stolen from a nearby building site and used to cause extensive damage to the shop front and pull the ATM out of the front of the building.

“The ATM was then dropped into the rear of a waiting van which was driven away.

“The digger from the building site was left at the scene of the burglary.”