Street in St Andrews most expensive in Scotland, research finds 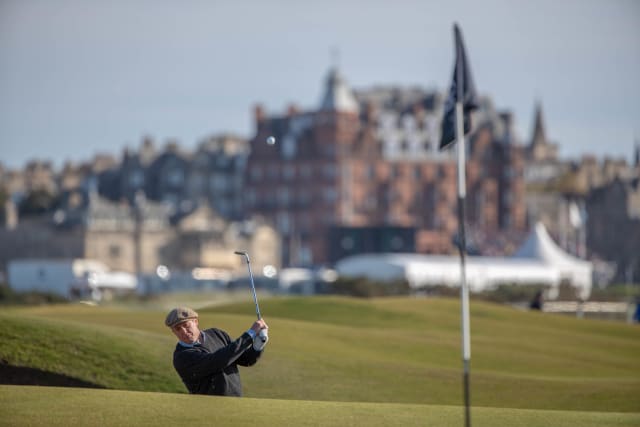 A street in St Andrews has been named the most expensive in Scotland for the third year running.

An average property in Golf Place, near the famous Old Course, costs £1.877 million, according to Bank of Scotland research.

Another nearby street in the town also makes it into the top 20 most expensive, with a house in The Scores costing £1.092 million on average.

Twelve of the country’s 20 most expensive streets are in Edinburgh, while four are in the Glasgow area and two in Aberdeen.

Northumberland Street in Edinburgh’s New Town is in second place, with the average property there costing £1.687 million.

Ricky Diggins, director at Bank of Scotland, said: “Although Scotland’s most exclusive addresses have seen some exciting movement this year, prices have remained steady, with the average house price of £1,276,200 in the top 20 compared to £1,286,200 last year.

“Despite conceding the top spot to St Andrews, the capital continues to dominate the table of the most expensive streets and more broadly has strong average house prices.

“This year Glasgow has created some new entries on the leader board, showing encouraging signs for the market in the city and surrounding areas.”

Oakhill Grange in Aberdeen makes it into the top 20 for the first time with an average house price of £1.276 million, while a house in Rubislaw Den South costs on average £1.171 million.

In the west, Kingsborough Gardens in Hyndland has become Glasgow’s newly crowned most expensive street with a property there costing £1.140 million.

Other entries classed as Glasgow include the suburb of Bearsden, the second most expensive address in the area, with a property in Manse Road costing £1.123 million on average.

Castle Avenue in Uddingston is in third place (£1.093 million) in the Glasgow area, while Woodhead Drive in Bothwell is a new entry with an average house price of just over £1 million (£1.092 million).

The top 20 most expensive streets in Scotland are: