Restoration of bursaries for student nurses confirmed by Boris Johnson 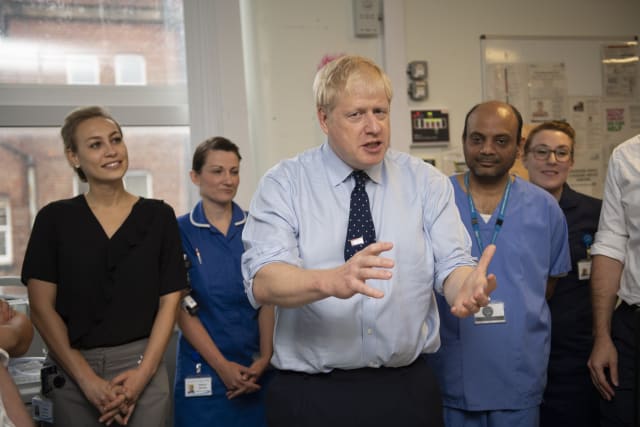 Boris Johnson has confirmed plans to restore bursaries for student nurses after they were scrapped as part of the Conservatives’ austerity measures.

The return of the payments of up to £8,000-a-year-was one of the central measures of the Tory general election manifesto unveiled last month.

It formed part of a plan for 50,000 additional nurses for England intended to underline the party’s commitment to the NHS.

However, critics pointed that about 19,000 would come through the retention of existing staff rather than new recruits.

Downing Street said annual payments of £5,000 would be available to all student nurses – as well as some allied health professionals – from September next year, with a further £3,000 for specialist disciplines, such as mental health, which are hard to recruit.

At the same time, the Government confirmed it was pressing on with its review of the NHS pensions issue which lead some senior doctors to turn down extra shifts because they were being hit by hefty tax bills.

NHS England has previously announced special arrangements for 2019/20, meaning no doctor in England will be worse off as a result of taking on extra shifts this winter.

Mr Johnson said: “I have heard loud and clear that the priority of the British people is to focus on the NHS – and to make sure this treasured institution has everything it needs to deliver world-class care.

“There can be no doubting our commitment to the NHS and over the coming months we will bring forward further proposals to transform this great country.”

Royal College of Nursing general secretary Dame Donna Kinnair welcomed the grant as “a first victory for the campaign that our student nurses are running”.

“This announcement will hopefully encourage more people to apply to a nursing degree by the mid-January deadline,” she added.

“In the run up to the Budget, we continue to call for our students to not pay tuition fees up front. Any barriers for people wanting to enter nursing must be removed.”