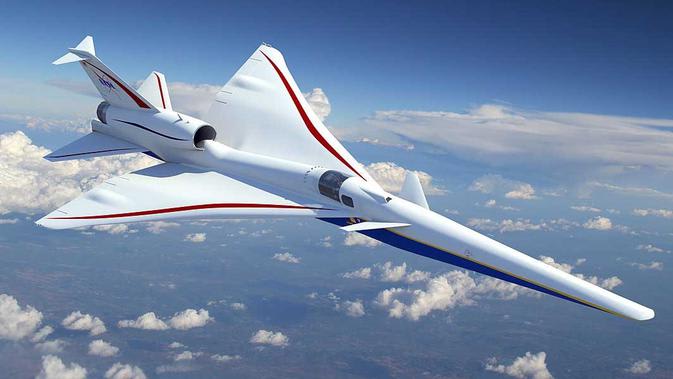 Nasa have taken the wraps off their latest supersonic aircraft, the X-59 space plane.

It's the first time in 30 years that they have announced a piloted, large-scale aircraft and it has now been cleared for final assembly and "integration of its systems."

It should be approved for its first test flight next year, and the actual launch will come a year after that.

It could also herald a new era in fast air travel, overcoming issues like the loud boom created when the speed of sound is reached.

"With the completion of KDP-D we've shown the project is on schedule, it's well planned and on track. We have everything in place to continue this historic research mission for the nation's air-travelling public," said Bob Pearce, NASA's associate administrator for aeronautics, in a statement.

Nasa says that the new plane will make a boom like a "gentle thump", or may be silent. It is able to do this because of its remarkably sleek shape.