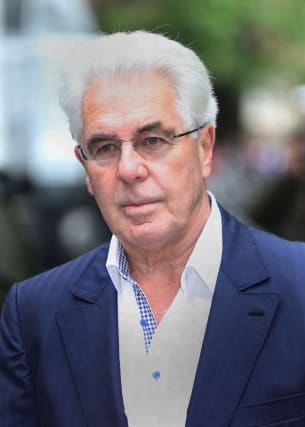 Disgraced celebrity publicist Max Clifford complained of “ice-cold” prison showers and was shown a lack of humanity and dignity in his dying months, his daughter has told an inquest.

Clifford, 74, collapsed at Littlehey Prison in Cambridgeshire, where he was serving an eight-year sentence for historical sex offences.

He died of heart failure at Hinchingbrooke Hospital near Huntingdon on December 10 2017, two days after he was taken there by ambulance.

His daughter Louise Clifford told an inquest in a written statement: “I could see him getting more and more frail.

“He would complain to me daily about the ice-cold showers and cold cell and what a shock to the system it was each time.

“In conclusion, I believe that the severity of his condition wasn’t established and communicated by the hospital to the prison as it should have been and as a result his dying months lacked humanity and dignity.”

Ms Clifford, who did not attend Tuesday’s hearing in Peterborough, said that her father first mentioned feeling “tight chested” and “unable to take a deep breath” in July 2017.

In the following weeks, he told her he was “struggling to eat, walk distances and push his disabled charges in the wheelchair, as part of his role as disability rep”, she said.

Ms Clifford said she could see her father “fading” and she wrote to his lawyer and personal doctor “in desperation” as she feared he was dying.

“I was desperate for him to have his day in court and chance to clear his name,” she said.

Clifford had been prescribed drugs for heart failure, but the underlying cause of cardiac AL amyloidosis – a rare, serious condition caused by a build-up of abnormal proteins in organs and tissues – was not established until the days before his death.

Simon Milburn, assistant coroner for Cambridgeshire, described as “general in nature” a report by Her Majesty’s Inspectorate of Prisons which noted chronic problems with the heating and boiler system at Littlehey Prison.

“There’s no detail in terms of precise timings, locations, temperatures, anything of that nature,” he said.