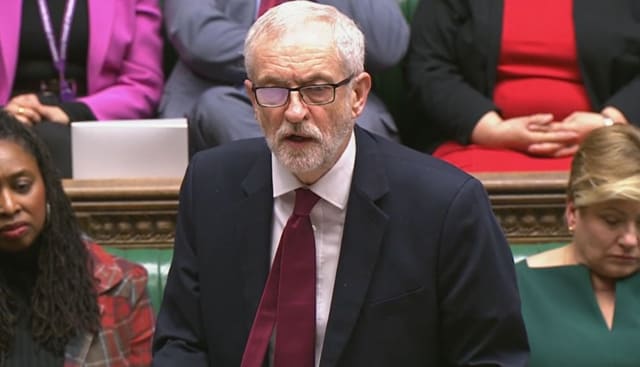 Jeremy Corbyn has apologised to Labour MPs and told them he will stay on until a new leader is elected to ensure “the smoothest possible transition”.

The outgoing Labour leader addressed his colleagues in a tense meeting in Parliament on Tuesday evening as he sought to quell the fall-out over the party’s worst general election result since 1935.

Some MPs and defeated candidates have levelled the blame at Mr Corbyn, saying his past record and glut of left-wing policies were damaging on the doorstep.

He addressed the Parliamentary Labour Party (PLP) as he faced calls to stand down immediately, despite saying he will depart following a “process of reflection” which is expected to see a new leader installed by the end of March.

“I am very sorry for the result for which I take responsibility,” he is understood to have told a meeting of the PLP which included potential successors.

“I will continue to lead the party until a new leader is elected. I want us to have the smoothest possible transition for the sake of the party as a whole and for those Labour mayors and councillors who are up for re-election in May.”

Mr Corbyn is believed to have maintained his defence that Brexit was a major reason voters lost their trust in Labour and repeated his criticism of the media.

“The Tory campaign amplified by most of the media managed to persuade many that only Boris Johnson could ‘get Brexit done’. That will soon be exposed for the falsehood it is,” he is understood to have told the meeting.

“We need to go to places where we lost and genuinely listen to what people want and what they believe is possible.”

Boris Johnson’s Withdrawal Agreement Bill (Wab) is almost certain to pass now he has an 80-strong majority due to the Tories’ resounding victory.

But Mr Corbyn is believed to have told his MPs to vote against the Bill because it imposes an “impossible timetable” to get a “good” trade deal with the EU by the end of the transition period.