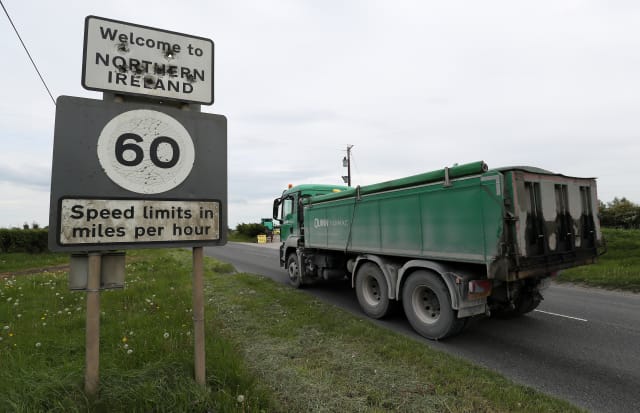 An Irish parliament report into the UK’s withdrawal from the European Union has urged Westminster to transpose the Good Friday Agreement (GFA) into law.

A report from the Seanad (Ireland’s lower house) select committee into Brexit was published on Tuesday and details testimony from Les Allamby, the chief commissioner of the Northern Ireland Human Rights Commission (NIHRC).

Mr Allamby recommended to the committee that UK domestic legislation by amended to transfer the Good Friday Agreement into law.

The law change would remedy what is seen as “unequal citizenship” due to a lack of clarification on retained EU legal rights, which may only apply to those who identify as Irish in Northern Ireland, leaving out anyone who identifies as British, which would be contrary to the GFA, under its equality framework.

The NIHRC said such a move would go towards guaranteeing equality of citizenship in Northern Ireland and protect border communities, which stand to be hardest hit economically during Brexit due to the disruption to cross-border trade.

Although the committee concedes it cannot force the UK’s hand, it hopes Irish premier Leo Varadkar and the EU Commission could take the proposal to Boris Johnson’s Government.

“We had a number of conversations with solicitors and academics on how this could be achieved, and what the UK does in internal matters is something we have no control over but we can encourage and absolutely engage,” committee chairman Senator Neale Richmond said.

“We’d be very encouraged if the British administration would go down that path, but we’re quite content that the Irish government has implemented what they need to implement.”

The report will now be handed off to Mr Varadkar and Minister for Foreign Affairs Simon Coveney, as well as EU Commissioner Michel Barnier.

The report also urged the EU to show patience and flexibility with the UK in the next phase of the Brexit process.

The select committee expects negotiations on a future EU-UK relationship to be “long and complicated”, despite the ambitious timetable of the British Government to conclude talks in 10 months.

The committee also welcomes the Revised Protocol on Ireland/Northern Ireland in the Withdrawal Agreement agreed between the UK and EU in October 2019 and the joint commitment by the EU and UK to avoid a hard border.

The revised protocol, which replaced the ‘Irish backstop’ plan with a new dual-tariff scheme has also been welcomed, along with a selection of EU trading rules applying to the island of Ireland.

The committee said this will ensure there are no border checks and no tariffs on goods traded between Ireland and Northern Ireland.

The committee issued its first report with 99 recommendations in July 2017.

The work of the committee has been extended six times in response to the extension of the Brexit process beyond March 29, 2019.