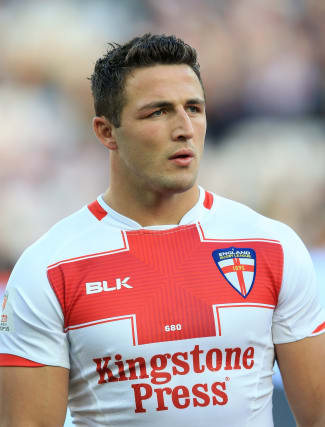 Burgess, 31, was not present at Moss Vale Local Court but Bryan Wrench appeared on behalf of the former Bradford Bulls and South Sydney Rabbitohs player.

The charge relates to allegations made by the father of Burgess’s estranged partner.

At the time of the charge, New South Wales Police said: “About 4pm on Saturday 19 October 2019, police were called to an address at Glenquarry, in relation to a domestic dispute.

“Police from The Hume Police District attended and an Apprehended Domestic Violence Order was applied for on behalf of a 63-year-old man. Following further inquiries, on Wednesday 30 October 2019, a 30-year-old man was charged with the offence of Intimidation (DV related).

“It’s alleged the man intimidated the older man during the incident.”

A date for the next hearing for the cross-code player, who also appeared for England at the Rugby World Cup in 2015, has not been set.

Burgess retired from the rugby league earlier this year due to a chronic left shoulder injury.

Announcing the news in October, he said: “This decision was one of the hardest decisions I’ve had to make in my life, however the decision was out of my hands essentially.

“I am no longer able to be myself day in, day out on the training field and consequently the playing field.”

In 2014 Burgess was given the Rugby League International Federation’s International Player of the Year, and won South Sydney’s players’ player five times and its best and fairest on three occasions.

He also played 24 Tests for his country and had two appearances for Great Britain.