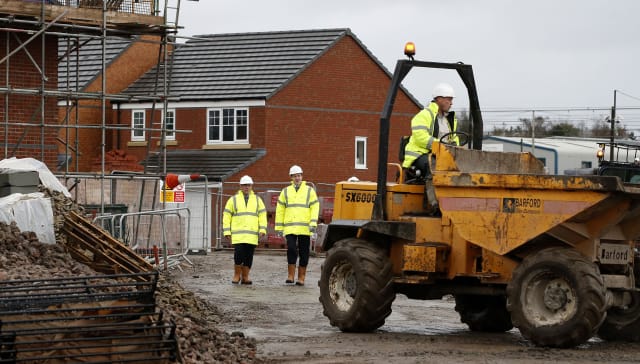 Persimmon did not properly install fire barriers in homes it built across the country, a review has found, putting customers at potential risk.

The company was criticised for a series of failures and accused of focusing on achieving a five-star rating from the Home Builders Federation, rather than building high-quality and safe homes.

The review, led by Stephanie Barwise QC, said the lack of cavity barriers in some Persimmon-built homes posed an “intolerable risk”.

Cavity barriers act like fire doors in open spaces in floors and walls, preventing the rapid spread of fire through such areas.

“Although we understand the problem has, to date, only been identified in Persimmon’s timber-frame properties, we suggest that a fire engineer should be asked to consider the different Persimmon construction types,” the review said.

It came after a BBC investigation in May found that a lack of fire barriers could have contributed to the spread of fires which burned down homes.

It also found that Bellway Homes was facing similar issues.

“A comparison is if you were to buy a new car and you ultimately found that it didn’t have an airbag in it… It’s an integral safety feature within the home,” industry expert Andrew Mellor told the broadcaster at the time.

The Barwise review found that “Persimmon has a nationwide problem of missing and/or incorrectly installed cavity barriers in its timber-frame properties, first discovered in October 2018.”

“Persimmon reacted swiftly by inspecting sites where the problem first occurred, and then extending its inspections beyond this to reflect the evolving nature of the issue and the data available to Persimmon,” it added.

But, the inspections did not include the eaves – the parts of a roof that extend beyond the walls – or proper checks around doors and windows.

The review said that Persimmon needed to move away from a focus on getting high marks from the Home Builders Federation (HBF). The HBF’s star rating is based on customer reviews shortly after the house is completed, and it not “a measure of the true quality and safety of the build”.

Persimmon chairman Roger Devlin said: “Whilst the continuing improvement in the group’s rating in the latest HBF quarterly update is welcome independent evidence of progress made in terms of customer satisfaction, the review clearly shows that the surest route to improved customer satisfaction is through the delivery of consistent build-quality and service, and we acknowledge that we still have work to do.”

The report did not say how many homes were likely to be affected, but 16,000 have been inspected by Persimmon so far.

Recent financial results from the homebuilder showed lower profits as the company bids to improve quality.