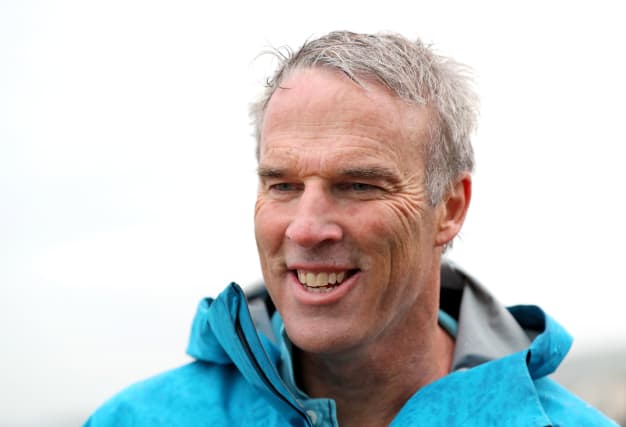 Endurance swimmer Lewis Pugh is to swim a kilometre across a lake on the Antarctic ice sheet to raise awareness of the climate crisis at the poles.

The latest challenge by the UN patron of the oceans will see him swim in a stretch of water no human has swum in before as he tries to drive action to create a network of protected areas in the ocean around the continent.

In the run-up to the swim, which will take place in January, Mr Pugh has put an advert in the jobs section of The Times looking for people to train with him off the Isle of Lewis in the Outer Hebrides from December 29.

He will swim one kilometre (0.6 miles) across a “supraglacial” lake, which form when melting water collects in depressions on the surface of glaciers or ice sheets, in East Antarctica.

A recent survey revealed more than 65,000 supraglacial lakes had appeared on the East Antarctic ice sheet in the past three years while data reveals Antarctica lost the same amount of ice between 2014 and 2017 as it had in the past 30 years.

Mr Pugh hopes the swim will be a catalyst for the creation of a network of marine protected areas (MPAs) in the wilderness of the Southern Ocean around Antarctica, which can reduce pressure on wildlife and counter the impacts of climate change.

The swim will see the endurance swimmer brave ice-cold waters, a severe wind-chill factor and the threat of the lake suddenly emptying through a crack in the ice sheet.

To train for the swim, Mr Pugh – who has previously swum in the seas around the Antarctic, in the Arctic and the length of the English Channel – will train in  mountain lochs and the sea around the Isle of Lewis.

He said: “I am hugely excited to announce my next critical swim, which will call for a network of marine protected areas in one of our most untouched ocean wildernesses.

“We are living in a time of drastic change. There is a climate emergency and ice is melting at both ends of the earth.

“Protecting the ocean is a simple and effective way to counter the destruction of climate change and nowhere on earth needs this more than Antarctica.”

He added: “My immediate focus is my upcoming training camp in Scotland and today I announce that I am looking for training partners. I won’t be wearing a wetsuit, but I don’t mind if my training partners do.

“But applicants need to be prepared to work hard – there will be two training sessions a day, one at sunrise, one at dusk.

“Each session will last over an hour and will involve running on the beaches and swimming in waters that will be close to freezing.

“There will be no tea breaks and no Hogmanay – not even if you’re Scottish!”