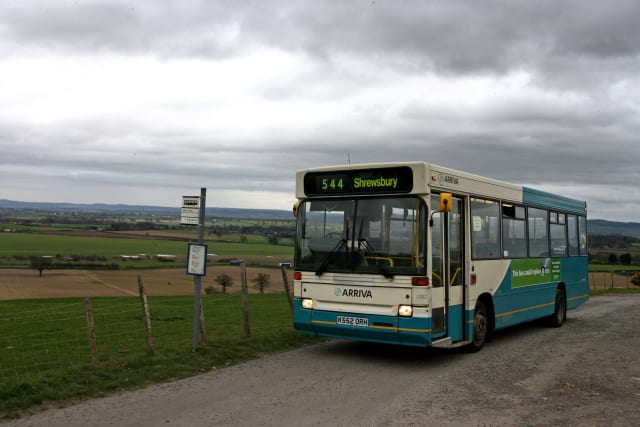 Bus travel in Britain excluding London has sunk to the lowest point on record amid a 3.3% fares hike, official figures show.

Nine million fewer journeys were made in England, excluding the capital, Scotland and Wales in 2018/19 compared with the previous 12 months, according to Department for Transport (DfT) data.

The total of 2.60 billion journeys in the year ending March is the fewest since current records began in 2004/05.

An average rise in fares across England of 3.3% coincided with the reduction in journeys over the past year.

The Consumer Prices Index measure of inflation was 1.9% over the same period, meaning bus fares rose in real terms.

The rate of increase in bus fares was even higher than this year’s average annual hike in Britain’s train fares of 3.1%.

A survey by watchdog Transport Focus indicated that only 64% of fare-paying bus passengers are satisfied with the value for money of their journeys.

Most bus services are provided by private companies and are operated on a purely commercial basis or with financial support from local authorities.The distance travelled by supported buses in England outside London has fallen by 50% since 2004/05.

Earlier this year the Local Government Association warned that nearly half of bus routes in England are at risk of being scrapped due to a lack of funding.

The group claimed that the free bus pass scheme was underfunded by an estimated £652 million in 2017/18.

Councils say they are being forced to fill the gap between this government funding and what the scheme costs.

Free bus passes for off-peak travel are a legal entitlement for people aged over 65, or those with a disability.

A DfT spokeswoman said: “This Government has committed to improving and expanding bus services, and this is exactly what we intend to do.

“We recently announced a £220 million package to transform services across the country, to support Britain’s first all-electric bus town, better information for passengers, and contactless payment on every city bus, on top of the over £2 billion the public sector spends on bus services each year.”