Burglar jailed after being caught on victim’s security camera 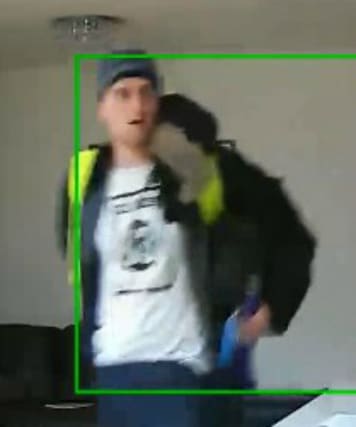 A burglar has been jailed for two years and two months after he was caught by his victim’s security camera, police have said.

Aaron Weeks, 38, was pictured open mouthed after breaking into a home and stealing items including a laptop, iPads and a bicycle, in Ashton, Bristol.

On Tuesday he was sentenced at Bristol Crown Court, after pleading guilty to burglary and attempted burglary committed on November 27 this year.

Weeks, from Marksbury Road, Bedminster, was caught on CCTV trying unsuccessfully to break into a woman’s home before he managed to get inside a neighbouring property, where he carried out his burglary.

But he was caught in the act by the property’s security camera hidden in a room – which helped police track him down and charge him.

Police Constable Sam Richards, from Avon and Somerset Constabulary’s Operation Remedy team, said: “He was disturbed by one of the victims, who heard noises outside her home. When she later checked her CCTV, the footage showed Weeks trying to break in.

“He’d also carried out a burglary at a neighbouring property and had taken items including a laptop and iPads.

“A bike was also taken from a garden shed. Fortunately he was also caught on this victim’s security camera and we were able to make a swift identification.

“I hope this sends a clear message out to those engaged in this type of offending that the police and the courts treat burglary offences extremely seriously and if caught you can expect a jail sentence.”