The age at which a voter is more likely to support the Tories than Labour has dramatically decreased, according to research.

A survey by YouGov found people were more likely to vote Conservative in last week's general election at the age of 39, compared to 47 in the 2017 election.

Meanwhile, though Labour continued to dominate the youngest age brackets of voters, support nonetheless waned since 2017. 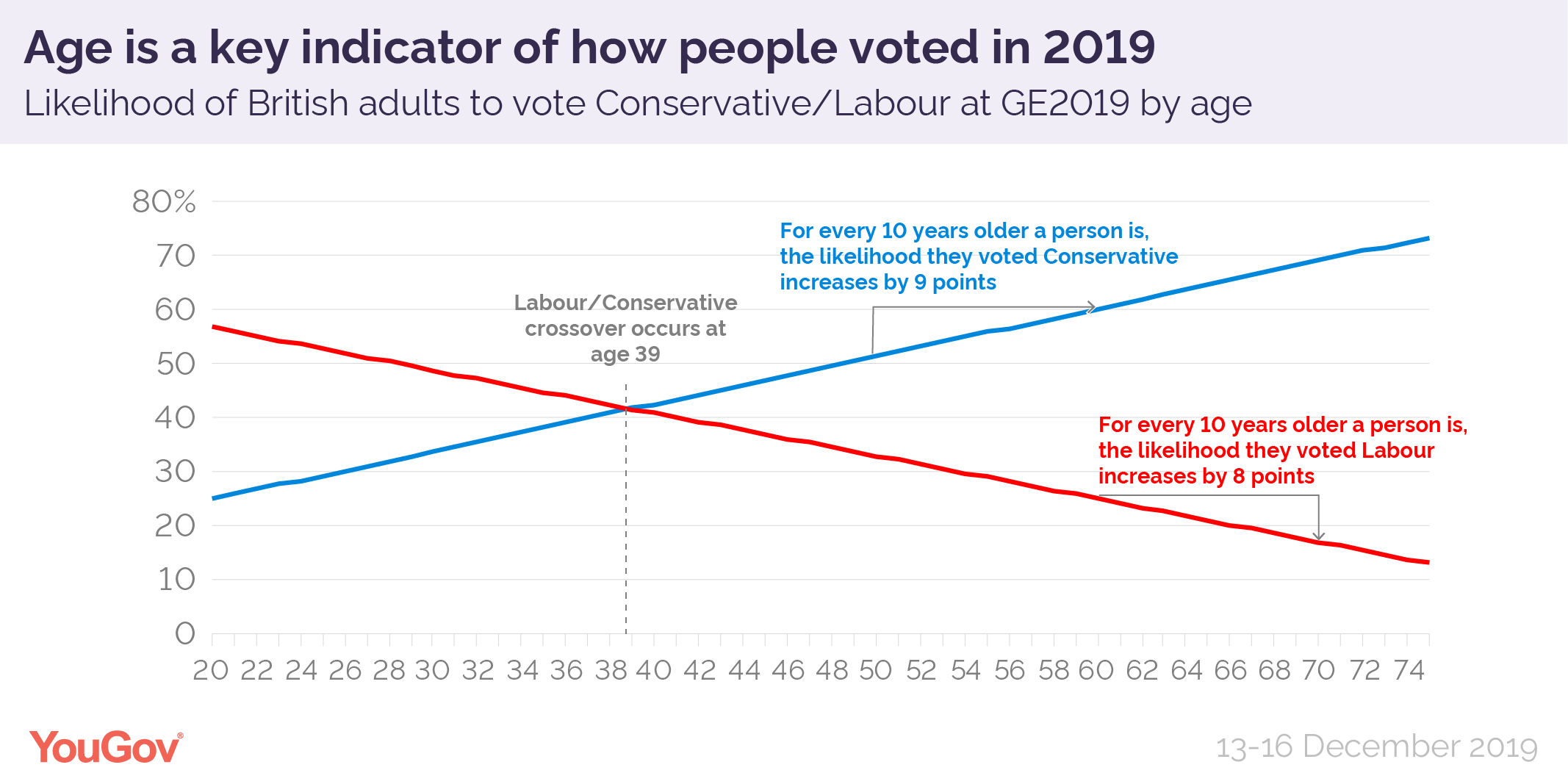 The data shows that for every 10 years older a voter was, the chance of them voting Tory increases by 9%.

The Conservatives, despite winning a comfortable majority, still have problems attracting young voters, with just 21% in the 18 to 24 category voting for Boris Johnson's party last Thursday. 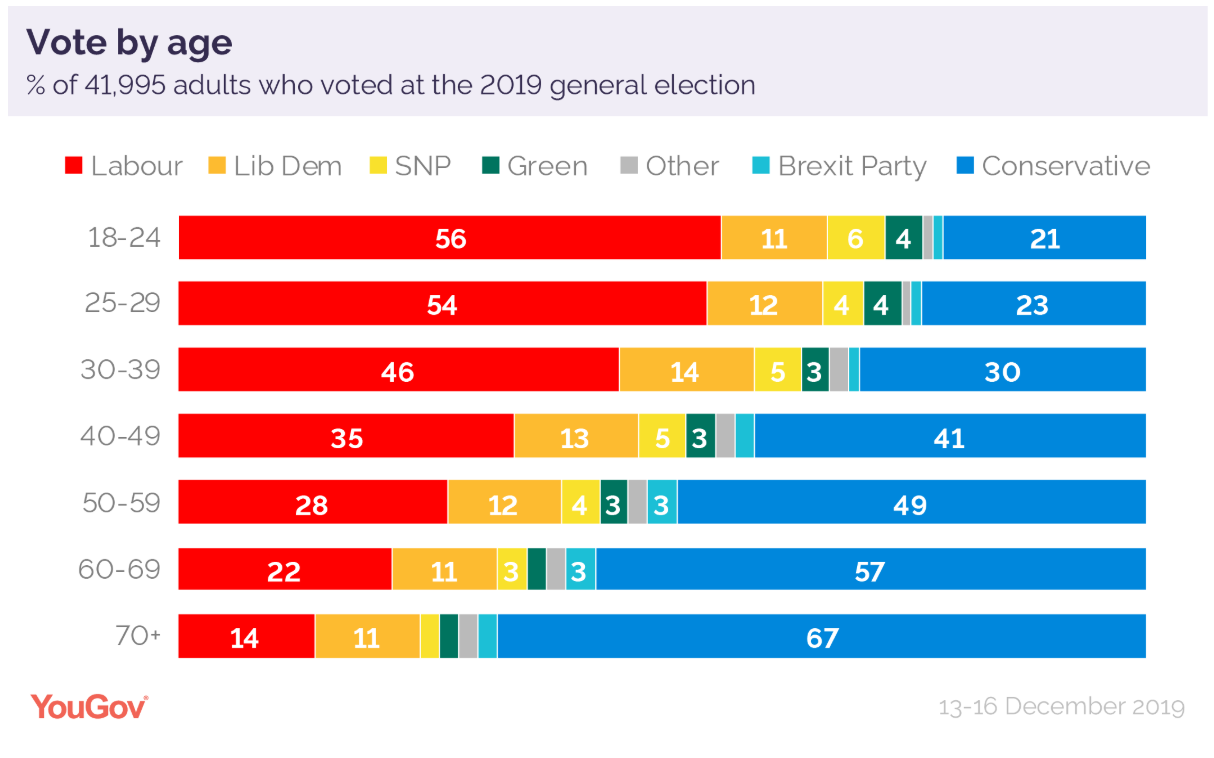 The youngest age category the Tories won was 40 to 49, with 41% voting Conservative compared to 35% choosing Labour.

The survey, which saw 41,995 voters interviewed, also suggested the Conservatives are now the party of working class voters.

Nearly half of people in the UK don't think BBC News journalists tell the truth, according to YouGov poll