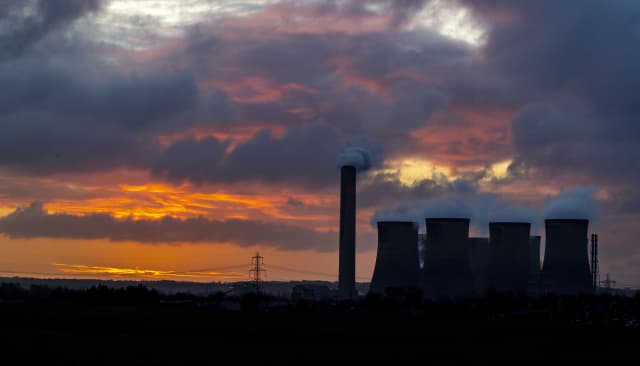 The UK must get its “house in order” on tackling the climate crisis as it prepares to host major international talks on the issue, the Prime Minister has been warned.

The UK’s efforts to deal with climate change have so far fallen short, Lord Deben, chairman of the Government’s advisory Committee on Climate Change (CCC), and Baroness Brown, chairwoman of the CCC’s adaptation committee, warned.

In a letter to Boris Johnson, they called for action to cut emissions from buildings, transport, electricity, industry and land and agriculture, as well as efforts to reduce the risk of flooding, extreme heat, drought and harm to nature.

Government actions in the coming year will define the UK’s response to the crisis, they said, and have a lasting global impact as Britain plays host to key UN talks in Glasgow in late 2020.

The letter spells out the scale of the challenge facing the Prime Minister to answer public calls for climate action and build towards the UN talks, which will require a huge diplomatic effort to increase international ambition to cut emissions.

The experts write: “UK efforts to address the climate crisis have so far fallen short. This story needn’t continue.

“With the commitment of the full Cabinet to tackling the causes and effects of climate change, the UK can lead in addressing the defining global challenge of our age.”

The committee has previously warned the UK was off-track to meet targets to cut emissions in the 2020s and 2030s even before the more stringent goal of reducing pollution to zero overall by 2050 was made law.

The UK “must get on track to delivering net zero emissions” in this Parliament, the letter urges.

Lord Deben and Baroness Brown welcomed Mr Johnson’s commitment to chair a cross-Cabinet committee on climate change, which they said should lead the Government’s strategy to reduce emissions, inject new urgency into developing policies and ensure all departments are making it a priority.

They called for an immediate, ambitious and properly funded strategy for entirely removing fossil fuels from buildings, rapid consultation on phasing out petrol and diesel cars more quickly than planned, and the delivery of 40 gigawatts of offshore wind by 2030.

A world-leading package is needed to cut emissions from agriculture and to pay for the 30,000 hectares (75,000 acres) of annual tree planting promised in the Tory manifesto, the experts urged.

And with the UK “worryingly unprepared” for the changes global warming is already set to bring, the Government must act on flooding, drought and heatwaves.

Ministers must deliver on the commitment to increase flood defence spending by £4 billion, enable homes that cannot be protected to install property-level flood barriers, and change planning policy to require natural features that prevent flash flooding in new developments.

Building regulations must be strengthened to ensure there is adequate natural cooling in properties, and action is needed to conserve water and prevent drought.

The letter ends by pointing to Margaret Thatcher’s 1989 speech to the UN which advocated a global response to climate change, but says what followed was too little.

“You have the opportunity to lead a better international effort. But first, we must get our own house in order,” the CCC chairs write.

A Government spokesman said: “This Government will deliver on our science-led target of net zero by 2050.

“From increasing tree planting rates to bringing forward the phase out date for petrol and diesel cars, we will provide the policies needed to ensure we are on track to hit our world-leading climate targets and demonstrate our global leadership in advance of the crucial COP26 talks in Glasgow next year.”