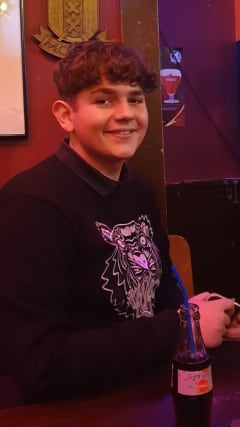 An 18-year-old man has appeared in court charged with the murder of a Cheshire schoolboy.

Fifteen-year-old Alex Rodda’s body was was found outside in Ashley Mill Lane, in the village of Ashley, shortly before 8am on Friday.

Matthew Mason, of Ash Lane, Ollerton, near Knutsford, appeared at South Cheshire Magistrates’ Court in Crewe on Monday morning charged with murder and possession of a bladed article in a public place.

Mason, wearing a white shirt and black trousers, spoke to confirm his name, age and address.

He was charged with the murder in Ashley on Thursday, December 12, and having a knife on his possession in Newport, Shropshire, on December 13.

Chair of the bench David Griffith remanded him in custody until Wednesday, when he will appear at Chester Crown Court.

An order was made under section 45 of the Youth Justice and Criminal Evidence Act banning identification of the victim but was later withdrawn.

A number of family members were in court for the hearing, which lasted about 15 minutes.

Following his death, Alex’s family said in a statement released by Cheshire Police: “Alex was a very loving, caring, kind, loyal and, most of all, trusting young boy.

“He loved life and made friends wherever he went. He will be sorely missed.”

Denis Oliver, the headteacher at Holmes Chapel Comprehensive School, where Alex was a year 11 pupil, also paid tribute to the youngster.

In a statement posted to the school’s website, he said: “Alex will be sorely missed by everyone who knew him within our close-knit school family.

“Our deepest sympathies, thoughts and prayers are with Alex’s family and friends at this very sad time.”