Sturgeon: Growing support for Scotland to choose own future 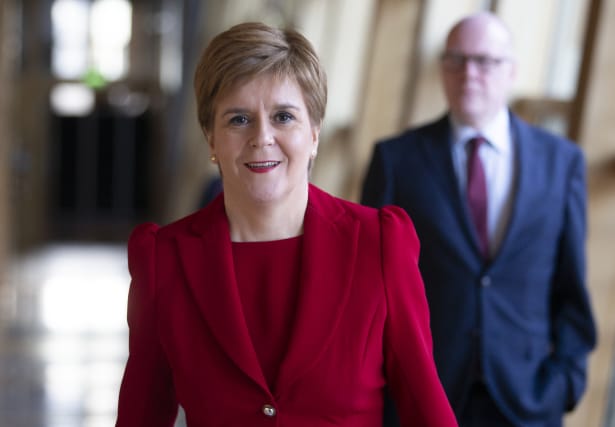 Nicola Sturgeon will make the case for another vote on Scottish independence in response to the “new danger” posed by Boris Johnson’s government in a statement at Holyrood on Tuesday.

The First Minster will invite people in Scotland to come together to back another referendum, for which she will tell MSPs there is growing support.

This week will see the publication of the “democratic case” for the transfer of power to hold such a vote, as a number of Scottish Labour figures publicly questioned the party’s opposition to a second independence referendum.

It comes after what the SNP leader described as a “watershed moment” when her party secured 48 of 59 Westminster seats in the General Election.

Ms Sturgeon said ahead of Tuesday’s parliamentary statement: “People were faced with a clear and distinct choice, and they made their verdict clear – they have rejected a Tory government, said no to Brexit and endorsed the proposition that they should be given a say on their own future.

“That position is increasingly winning support from across the political spectrum, including from senior and prominent members of the Scottish Labour Party, who may not yet back independence but who recognise the fundamental democratic principle which is now at stake.

“In 1992 when we were also facing the prospect of a fourth Tory government with no mandate in Scotland there was a coming together of parties, communities and civic Scotland.

“That resulted in the establishment of this Parliament, which has achieved much.

“But this new wave of Brexiteer Tories with a mission to reshape Scotland and the UK in their right-wing image presents a new danger – one that very few would have predicted at the dawn of devolution.

“So I hope in the coming days and weeks we will see a similar coming together around the idea of Scotland’s right to choose.”

The First Minister added: “The Scottish Parliament has a duty to protect the values that people in Scotland voted for.

“I believe we can only fully do that with independence, and that is why later this week, I will take the next steps to secure Scotland’s right to choose.”

Pamela Nash, chief executive of Scotland in Union, said: “Scotland already has the right to choose and we chose to remain in the UK.

“And barely a quarter of Scots would choose to hold a divisive second independence referendum next year, according to the opinion polls.

“Scotland deserves better than a nationalist government obsessed with creating division between families, friends and communities.”