They're one of the most recognisable ancient relics on our planet - but scientists might have worked out one of the secrets of the creation of the Easter Island statues.

The ancient Easter Island people carved and transported the island's 900 large statues on the island by hand, and believed that they were responsible for agricultural fertility and food.

Now researchers excavating the quarry where most of the statues were hewn have found evidence that the quarrying process itself actually improved the land. 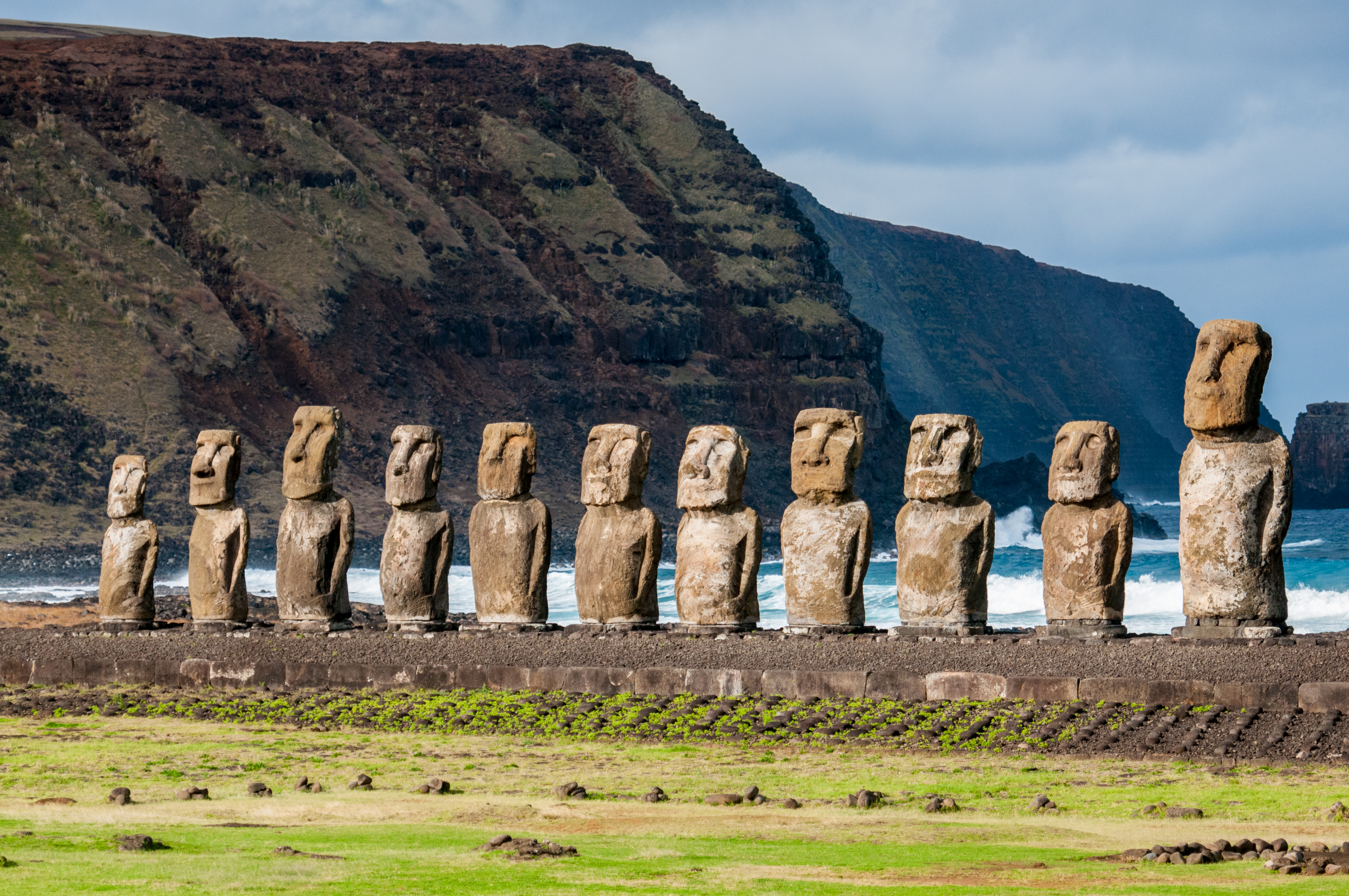 Van Tilburg's team found evidence of plants such as banana, taro and sweet potato at the site.

She said: 'Our excavation broadens our perspective of the Moai and encourages us to realise that nothing, no matter how obvious, is ever exactly as it seems.

'I think our new analysis humanises the production process of the Moai.'

'Everywhere else on the island the soil was being quickly worn out, eroding, being leeched of elements that feed plants, but in the quarry, with its constant new influx of small fragments of the bedrock generated by the quarrying process, there is a perfect feedback system of water, natural fertiliser and nutrients.'

The researchers analysed two Moai which were upright in place at the quarry, hinting that they were built to remain there.

Van Tilburg said: 'This study radically alters the idea that all standing statues in Rano Raraku were simply awaiting transport out of the quarry.

'That is, these and probably other upright Moai in Rano Raraku were retained in place to ensure the sacred nature of the quarry itself.

'The Moai were central to the idea of fertility, and in Rapanui belief their presence here stimulated agricultural food production.'

We SHOULD be scared of climate change, says senior scientist

How bad is the WhatsApp surveillance attack

Transplant patient's DNA is replaced with his donor's