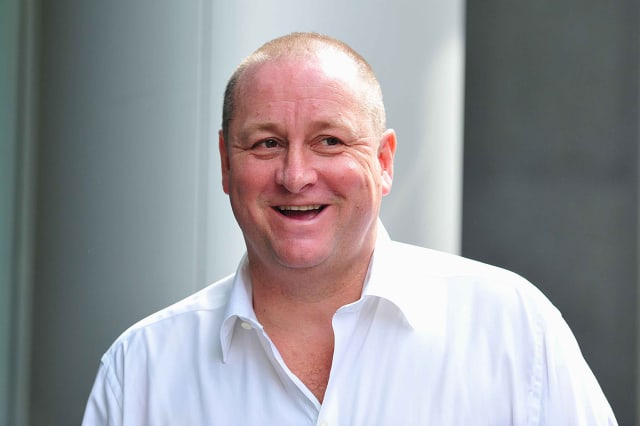 Sports Direct boss Mike Ashley has launched a furious attack on the Government, demanding a change to the business rates system which he said is no longer fit for purpose.

At the company’s half-yearly results and presentation, the retail boss, who is Sports Direct’s biggest shareholder, warned that without a change he would be forced to shut House of Fraser sites.

He explained how some stores now pay nothing in rent, after negotiations with landlords, but still remain unprofitable due to business rates bills – which are based on outdated valuations.

Mr Ashley said: “Why don’t we give old Boris (Johnson) a call this afternoon, and say, ‘Seeing as you say you can do things so quickly, why can’t you sort the rates out?’ All I want to do is pay the right amount of rates. We have stores that are massively profitable that pay too little rates. The rating system is such a joke. It’s so broken and unworkable.”

He added: “I don’t need and I’m not asking for any form of discount. But I cannot keep stores open, even when the landlords charged me zero rent.

“I cannot keep loss-making stores open, and will not.”

Business leaders across the spectrum have urged the next Government to change the business rates system, which several high street chains have blamed for a downturn in trade.

The Conservatives promised a review and a reduction in rates, but from 2021 the annual savings will only amount to a reduction of 0.03% – or £10 million a year.

Mr Ashley, who has clashed with several politicians over the last few years, also praised former Work and Pensions Select Committee chairman Frank Field, despite the politician being critical of the company’s working practices in the past.

The boss said: “I’d like to thank Frank Field, who really did a fantastic job in the last three to four months trying to help me get business rates done (changed).”

He added that Mr Field, who lost his seat at the election, would be a “loss” to Parliament.

The meeting also saw Mr Ashley float the idea of a new employee bonus scheme for staff, suggesting a £100 million pot that could be shared among full-time workers if certain criteria are met.

However, the last major bonus pot for staff led to revelations that Sports Direct uses zero hours contracts for the vast majority of its shop floor workers – meaning only managers and more senior staff were entitled to the payout.