Man jailed over death of three-year-old in his care 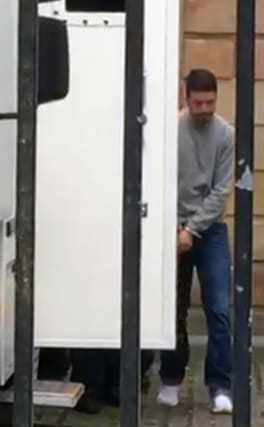 A Londonderry man has been sentenced to 15 years jail for causing the death of a three-year-old boy with suspected autism.

Kayden McGuinness sustained 15 bruises on the scalp and died from swelling and bleeding of the brain.

He was found dead in bed at his family flat in Londonderry in September 2017.

Liam Whoriskey, 25, was convicted of manslaughter and cruelty to a child by a jury at the city’s crown court in October.

He will serve half his sentence in prison and half in the community under licence.

Judge Philip Babington said: “There are few worse crimes than causing the death of a young child.”

Whoriskey was a former partner of Kayden’s mother and was looking after the vulnerable boy while his mother was away.

The judge said: “When one stands back from this case as one has to it is clear that it is an exceptional case of the utmost seriousness.

“He only summoned help when he himself woke up many hours later.

“The defendant was left to look after Kayden but, for reasons that are still not clear, caused his death.”

Whoriskey was sentenced to 13 years for manslaughter and two years for cruelty to a child during an earlier “unprovoked assault”, to run consecutively.