Labour does not have problem with anti-Semitism, insists Livingstone 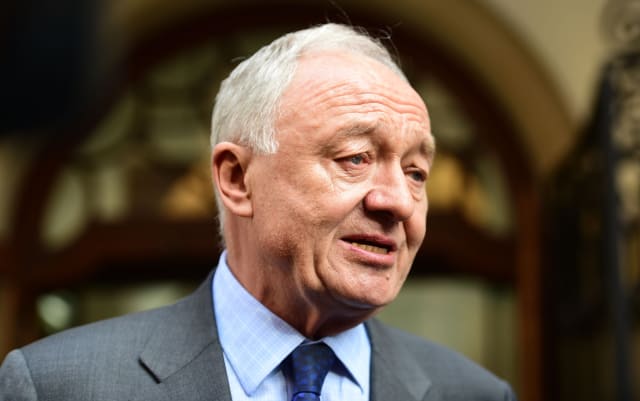 Ken Livingstone has denied anti-Semitism is a problem within Labour and claimed “lies and smears” against Jeremy Corbyn contributed to the party’s election defeat.

The former Labour MP and Mayor of London said “not one” of his Jewish friends within the party could remember a time when there was an anti-Semitic incident.

Mr Livingstone also rebutted claims that he said Hitler was a Zionist which led to him being suspended from Labour, and ultimately resulted in his decision to quit the party last year.

“He’s been side by side with everyone who’s campaigned against racism, homophobia, anti-Semitism, and yet the media was filled with all these lies about the Labour Party’s an institutionally anti-Semitic body.

“Well I tell you, all my Jewish friends who are in the Labour Party, not a single one of them can remember in their entire time in the party an anti-Semitic incident.”

Under Mr Corbyn’s leadership the party has been beset by allegations of anti-Semitism, which led to several Labour MPs quitting in protest and the Chief Rabbi urging people to “vote with their conscience”.

The former London mayor was originally suspended in 2016 after claiming in a radio interview that Hitler had supported Zionism in the 1930s.

Addressing the issue, Mr Livingstone said: “I quit the Labour Party because this was being dragged out to undermine Jeremy.

“And the reason was nothing to do with what I said about Naz Shah, it was back on that day in April 2016 when the Labour MP John Mann, then a Labour MP, with a camera crew in tow, turned up and started shouting in my face that I was a Nazi apologist and he then went on air and claimed that I’d said Hitler was a Zionist.

“But If I’d said Hitler was a Zionist I wouldn’t just have apologised, I’d have been off to my doctor to check I wasn’t in the first stage of dementia.”

On Friday, Mr Livingstone identified “the Jewish vote” as a contributory factor in Labour’s poor showing at the ballot box and admitted Mr Corbyn would have to resign imminently over his failure to deal with anti-Semitism.

“Jeremy should have tackled that issue far earlier than he did.

“It looks like the end for Jeremy, which is disappointing for me since I’m a close ally. I’m sure he’ll have to resign tomorrow.”

Labour’s general secretary, Jennie Formby, reportedly wrote to the party’s ruling National Executive Committee recommending the leadership contest to replace Mr Corbyn starts on January 7, with the view of having a new leader by the end of March.

Mr Corbyn said he will stand down in the early part of next year after overseeing a “process of reflection” within the party.