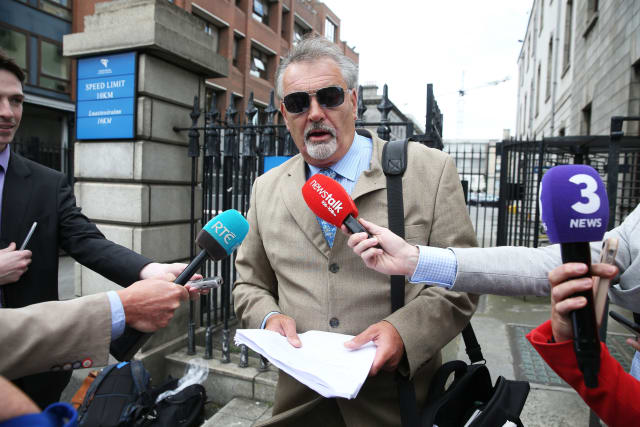 A former journalist has been arrested after the High Court in Dublin endorsed a warrant seeking his extradition to France for the murder of a film director’s wife in Ireland more than 20 years ago.

Ian Bailey, 62, was arrested on Monday after a High Court judge endorsed the European Arrest Warrant issued by the French authorities

He is wanted in France for the murder of Sophie Toscan du Plantier.

Mr Bailey was found guilty by a Paris court in his absence in May this year of killing Ms Toscan du Plantier, 39, following a trial of only three days after Irish authorities twice refused to extradite him.

Presiding judge Frederique Aline listed all the evidence presented to the court during the trial, saying there was “significant evidence” of Bailey’s guilt.

She jailed Bailey for 25 years and ordered a new EU Arrest Warrant to be issued.

A full hearing of the extradition proceedings will be heard by the court at a later date.

Ms Toscan du Plantier’s battered body was found on an isolated hillside in Toormore, near Schull, west Cork, two days before Christmas in 1996.

She was the wife of celebrated cinematographer Daniel Toscan du Plantier and her death has been one of Ireland’s most famous unsolved killings.

Bailey, who lived about three kilometres from Ms Toscan du Plantier, was arrested twice in connection with the death but was never charged, amid allegations of incompetence and corruption against gardai.

Marie Farrell, the only witness to put him at the scene at the time of the killing, later retracted her evidence, claiming she had been groomed and bullied by investigators into giving false evidence.

Mr Bailey has always denied any involvement in her death.