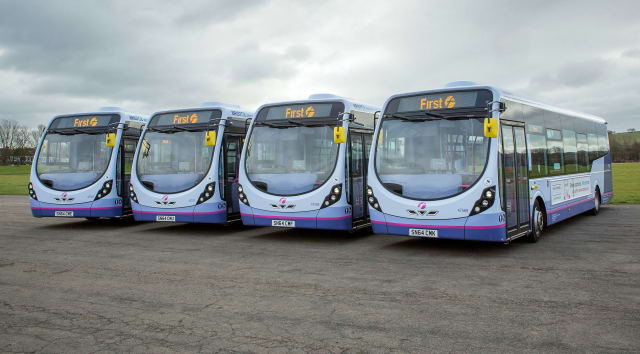 Train and bus operator FirstGroup has announced the appointment of advisers to formally look into selling off its US assets following pressure from shareholders.

The under-fire business has been battered by investors over the past year, with calls to overhaul the entire boardroom and also to provide more clarity on its strategy.

Previously, the company spoke highly of its US business, including First Student and First Transit, as “valuable assets and well positioned in markets with profitable growth”, although it said it would give any offers or approaches “serious consideration”.

Bosses also said previously that they would look at selling the First Bus business in the UK, alongside existing plans to offload the Greyhound coach business.

But on Monday, the company said it had appointed advisers to “formally explore all options in respect of our North American contract businesses, First Student and First Transit, including a potential disposal”.

The UK bus business is also no longer under threat of sale, with bosses saying: “The board determined that greater value will be achieved by delivering … margin enhancement prior to any launch of a formal sale process.”

Chief executive Matthew Gregory said: “We have taken a number of important steps that will enable a rationalisation of the group’s portfolio. Today’s announcement to formally explore all options to maximise value from our North American businesses reflects the resolute focus of the entire board on realising value for all shareholders.”

He was identified by activist investor Coast Capital as a potential new board member, when it was attempting an overhaul of the board earlier this year.

But the attempted coup, at a shareholder meeting where the media was banned, failed, although the company subsequently appointed Mr Martin as chairman anyway.

Thinking battles with shareholders were behind it, the company laid out its new strategy under Mr Martin.

But it was hit with a public letter attacking the strategy from businessman Robert Tchenguiz, who has a 4.7% economic interest in FirstGroup via a series of complicated share purchase options.

Mr Tchenguiz accused the company of an ambiguous, misleading and confusing strategy, questioning its US plans in particular.

FirstGroup, which recently took over the West Coast Main Line with partner Trenitalia, is also contending with a series of strikes on its South Western Railway by guards in a long-running row on who should be responsible for operating train doors on the line.