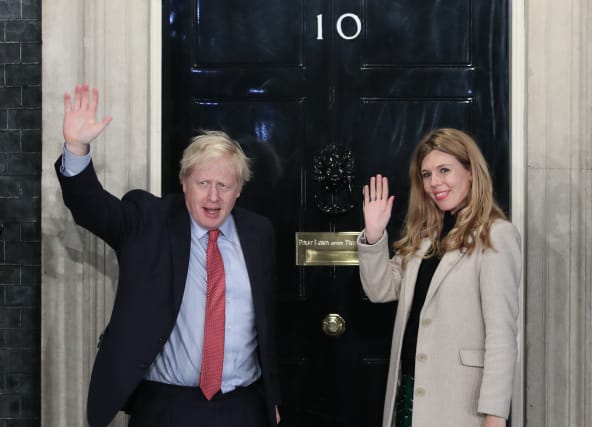 The FTSE 100 soared more than 2% on Monday as investors continued to enjoy the election result and took comfort in the US and China taking the first tentative steps towards a new trade deal.

By close of play, it was up 166 points at 7519 – hitting a four-month high in the process – as the mainly international-focused businesses on the index enjoyed the optimism from politicians that the trade war is de-escalating.

Financial analyst Connor Campbell, of SpreadEx, explained: “Choosing to ignore the more eyebrow-raising elements of the US-China ‘phase one’ trade agreement – a healthy dose of scepticism has greeted the deal – the markets donned their Santa hats and celebrated their early Christmas present.

“The gains only ramped up as the session went on. The FTSE led the charge, boosted by a mix of the trade relief and residual goodwill related to last Friday’s election result.”

He also pointed out that weaker-than-expected economic data from the UK was largely ignored, as traders focused on the positives elsewhere.

On the FTSE 250, which is primarily made up of UK-focused companies, also continued its stellar rise since last Friday’s election result.

David Madden at CMC Markets said: “The news relating to China has boosted mining and oil stocks, while the Boris bounce is assisting banks, house builders in addition to retailers.”

The jump came as the retail tycoon announced a jump in profits and insisted his plans to overhaul the business – including struggling House of Fraser – was working well.

Investors appeared to believe him, and shares subsequently soared. Shareholders also voted in favour of the company changing its name to Frasers Group.

Elsewhere, shareholders in FirstGroup, which operates the Great Western Railway, South Western Railway, TransPennine Express and Avanti West Coast, were pleased at its latest announcement to formally start a sales process of its US businesses.

The company has changed its position already over the future of the business, reacting to shareholders’ demands for more clarity on its core focus. Shares closed up 5.9%, or 7p at 125.4p.

And Franco Manca owner Fulham Shore revealed profits halved in the six months ending in September to just £743,000 despite higher sales as it continues to expand.