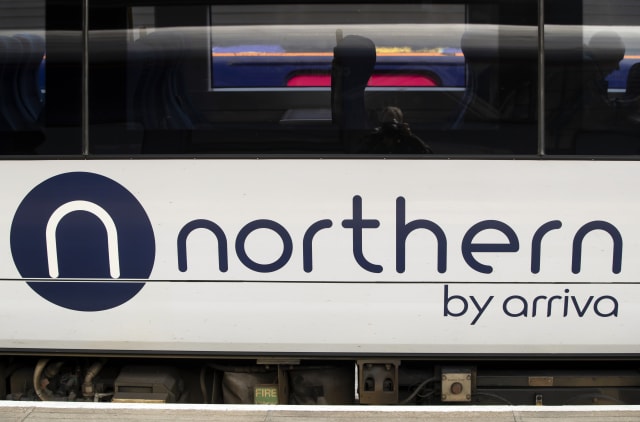 Disruption on the first working day of new train timetables has reignited calls for Northern to be stripped of its franchise.

The north of England operator blamed train faults, driver sickness and signalling problems for delays and cancellations on Monday.

Rail data website trains.im stated at 5.30pm that 9% of Northern services – some 178 trains – were cancelled or arrived at their final destination at least half an hour behind schedule.

The figure was even higher for Transpennine Express at 27%.

Greater Manchester Mayor Andy Burnham said the “chaos and misery” suffered by Northern passengers has “gone on far too long” and claimed the Government must take action this week if it is “serious about supporting the North”.

He went on: “As a first step, it should strip Northern of its franchise. That would send a clear signal to all rail operators – notably TransPennine Express – that we will not accept a second-class rail service for people in the North.

“If TransPennine Express fail to respond to that message, they should be next.”

Manuel Cortes, leader of the Transport Salaried Staffs Association, said Northern is “beyond a joke” and must be “put out of its misery”.

He continued: “The company said the timetable changes would bring reliability and stability, but as usual what we get is chaos.”

Northern passenger Darren Burke, who travelled on a Northern train from Sheffield to Doncaster, told the PA news agency the service was “crowded all the way” and running late.

“You can imagine the general unpleasant mood and grumbles,” he added.

A Northern spokesman said: “Of the 2,800 Northern services a day, very few have seen any changes as a result of the timetable coming in today. Services that have changed are generally performing well.

“The relatively small number of delays and cancellations are due to operational issues including driver sickness, signalling failure and train faults.”

Punctuality and reliability problems have blighted the Northern network for more than a year.

Office of Rail and Road figures show just 56% of Northern trains arrived at stations within one minute of the timetable in the 12 months to November 9, compared with the average across Britain of 65%.

Northern says it has faced unprecedented challenges which were outside its direct control such as delayed electrification work in the North West and the late delivery of new trains from Spanish manufacturer CAF.

German-based Arriva holds the Northern franchise, which is due to run until March 2025.

Earlier this week a group of passengers held a protest outside Manchester Victoria station calling for Northern to lose its franchise.

Industry body the Rail Delivery Group insisted the issues affecting the network were “unrelated” and the “vast majority of services are running as planned”.

Anthony Smith, chief executive of watchdog Transport Focus, said: “Passengers don’t care what causes the disruption – they just want things running again as soon as possible, and plenty of visible staff on hand to help them in the meantime.”

Train timetables are changed twice a year, in May and December, with the infamous botched change of May 2018 leading to weeks of chaos.