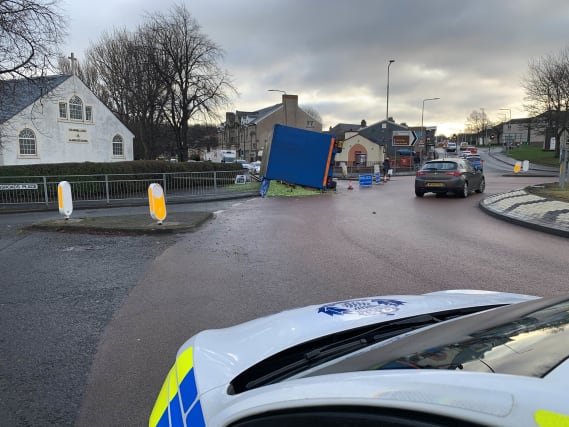 Some Christmas dinners may be in doubt after a trailer shed a load of Brussels sprouts.

Police were called to the scene at a roundabout at Admiralty Road in Rosyth, Fife, at around 10.45am on Monday after a trailer being pulled by another vehicle overturned.

Pictures posted on social media showed a huge pile of the festive vegetables covering part of the road and pavement.

There were no reports of any injuries.

South West Fife Police tweeted: “There’s been a bit of a #BrusselSprouts accident at the roundabout at Admiralty Road, #Rosyth.

“Please avoid the area if possible. Traffic and #Christmas dinners may be affected. Apologies for any delays…”