Motherwell manager to appear in court over alleged disturbance 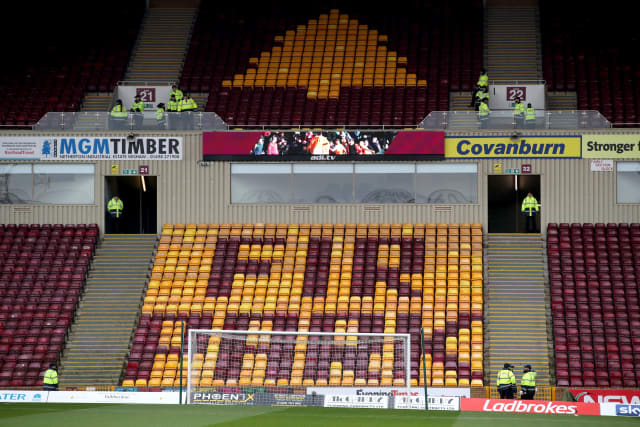 Motherwell manager Stephen Robinson is to appear in court in connection with a disturbance in Edinburgh.

The 45-year-old was arrested and charged after the alleged incident at Waverley Bridge in the capital at 7.45pm on Friday.

Police Scotland said he is due to appear in court at a later date and a report will be sent to the procurator fiscal.

The Northern Irishman – a midfielder for Tottenham Hotspur, Bournemouth and Luton Town in his playing days – took over as manager at Fir Park in 2017.

A statement was issued by the club just hours before their Scottish Premiership clash with Rangers on Sunday.

In it he said: “I want to make clear that I deny the charges against me and any wrongdoing on Friday.

“I am very upset by what has become a distressing situation for my partner, myself and our families.

“We had a lovely day in Edinburgh and were trying to get home in good time before the incident occurred.

“It is not possible to give a detailed account when a legal process is under way, which adds to our family anxiety.

“I am confident this will be found to be a misunderstanding once the legal process has run its course.”