US suspect in Harry Dunn death filmed behind the wheel 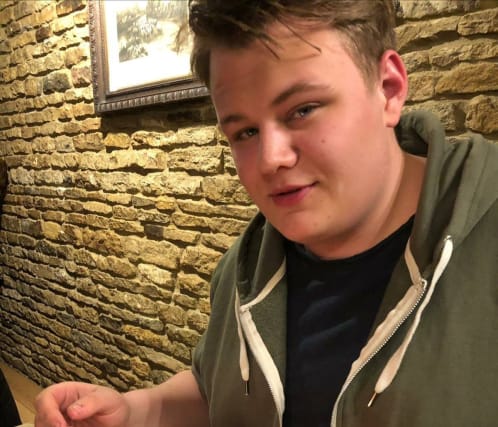 Harry Dunn's mother has said she is "distraught" after the American suspect in the crash that killed him was filmed back behind the wheel.

Harry, 19, died after his motorbike was involved in a head-on collision with a car outside RAF Croughton in Northamptonshire on August 27.

Anne Sacoolas, 42, the wife of a US technical intelligence officer, claimed diplomatic immunity and was able to return to America.

She refused to answer questions as she was filmed by ITV News at the wheel of her car reversing out of a driveway before pulling away.

Harry's mother, Charlotte Charles, was left in tears after viewing the footage and told the broadcaster: "(I'm) distraught to be honest.

"She's clearly just going about her normal day, driving and taking the kids to school.

"She looks well, she looks calm, the house is all decorated with Christmas stuff – candy canes on the driveway, lights around the tree.

"She's just going about doing whatever she would usually do as though nothing's ever happened.

"Her life looks so normal and she's completely wrecked ours."

Mrs Charles is in the US with Harry's stepfather, Bruce Charles, and father, Tim Dunn, to press for Mrs Sacoolas' extradition.

"We are all rallying around them to support them but they just do not understand why the person who took their son's life thinks she can just skip out of the country and just erase the whole thing from her life.

"The footage taken and her demeanour clearly shows she has no intention of coming back voluntarily to the face the music, nor does she appear to have any care or concern for what Harry's family are going through.

"Harry's parents will accordingly issue no further pleas appealing to her better nature to do the right thing and come back voluntarily. She clearly does not have that in her."

The Crown Prosecution Service (CPS) was handed a completed file of evidence on November 1 after Northamptonshire Police interviewed Mrs Sacoolas in the US.

Chief Crown Prosecutor Janine Smith has previously said she will meet with Harry's family once a charging decision has been made.

But the family has spoken of their frustration at the length of time it is taking and said they are considering bringing a private prosecution.

Mr Seigler said: "I once again now call on the CPS to do what they should have done weeks ago, which is to charge her with causing death by dangerous driving and to have her extradited without any further delay.

"There is no legal basis for her to avoid justice, and frankly, morally as well, everyone around the world now knows what needs to happen. The very rule of law, and the need to uphold and it being seen to do so, is at stake."