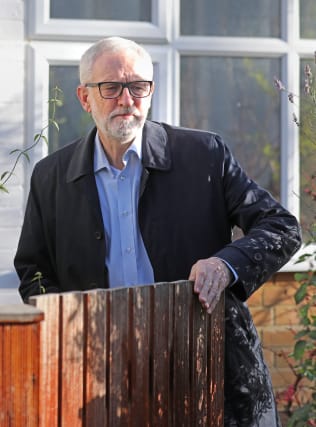 Mr Corbyn “failed as a communicator” and “people didn’t trust him to put our country first”, those who formerly represented Labour stronghold constituencies have claimed.

But shadow chancellor John McDonnell has argued that Mr Corbyn was “demonised by a smear campaign against him” during the election by the media.

Ex-shadow Brexit minister Jenny Chapman also warned that if the party does not recuperate quickly and find an effective way to regain its appeal to voters who deserted them for the first time, it could “very well be the end of the Labour movement”.

The election saw Labour swept aside by the Conservatives in its heartlands in the Midlands and north-eastern England, with Mr Corbyn’s party securing the fewest number of seats since 1935.

Former Labour MP for Bishop Auckland Helen Goodman, who lost the seat which she has held since 2005 in the election, laid the blame for Labour’s loss firmly at Mr Corbyn’s door.

“The biggest factor was obviously the unpopularity of Jeremy Corbyn as leader.

Her former colleague Ms Chapman, who lost the seat of Darlington which she has represented since 2010 and which has been Labour’s since 1992, also blamed the loss on the party’s focus on “fairly well-off people”.

“You can’t run a political party that wants to be a party of government but only really appeals to about a third of the electorate and those people that live in cities who are fairly well-off people.

“The real question we have to ask ourselves now is do we want the Tories, do we want to give them another five years or another 15 years, because if we get this wrong now as a party, this could very well be the end of the Labour movement,” she said.

Another ex-Labour MP, Anna Turley, who lost her seat in Redcar in the north east, described Mr Corbyn’s leadership as “a fundamental barrier that we just couldn’t get across”.

She said: “For me, when you’re getting four doors in a row of lifelong Labour voters saying ‘I’m sorry Anna, I’m a lifelong Labour voter, I like what you’ve done, but I just can’t vote for that man to be prime minister’, I’m afraid that’s a fundamental barrier that we just couldn’t get across.”

Ms Turley also said Mr Corbyn was “absolutely” more of a reason than Brexit for her constituents choosing to vote for another party, adding: “In my constituency, even though it was a 67% Leave constituency, it was four to one the leadership over Brexit.”

She added that previously Labour voters on the doorsteps “didn’t trust him to put our country first” due to “his history and his baggage around security and terrorism”.

However, Mr McDonnell has insisted that Mr Corbyn “was the right leader”, adding: “We could have won in 2017. Things moved on. Brexit dominated everything.”

“I think there is an issue to be discussed about how the use of the social media – but also the overall media – has turned someone who I think is one of the most principled, honest, sincere, committed anti-racist politicians demonised by a smear campaign against him,” he said.

Mr McDonnell added: “My fear is that we are in for the long haul now, possibly five years.”

He also confirmed that he would not be part of Labour’s new shadow cabinet, adding: “I have done my bit.”

Labour MP for York Central Rachel Maskell – who retained her seat and has long been a supporter of Mr Corbyn – added that it is not just Labour’s leader who should take responsibility for the party’s defeat.

She said: “We’ve all got to take responsibility but I don’t think apportioning blame to a complex situation in a simplistic way is really the way to approach this, we’ve got to understand what is really happening across our political system.”